Michigan Wolverines basketball begins year two of the Juwan Howard era Wednesday against Bowling Green. The Wolverines return six scholarship players from a year ago, with another six coming in (four freshmen, two transfers). New roles for both returners and newcomers have been carved out throughout the offseason and in preseason practices, and the picture is becoming clearer on who will lead the Maize and Blue, especially after an intrasquad scrimmage over the weekend.

Howard very well might have a bright future for the Maize and Blue, but he has some work to do before having a significant role. The former three-star recruit and son of head coach Juwan Howard, he has been described as a great teammate and a hard worker, which can take him places in college basketball. Look for his impact to come down the road in his career.

Nunez played in 22 games and started four last season, and he may be needed at times this year depending on injuries and foul trouble. But until he proves he can come in and knock down open jump shots — since he’s known as a shooter — his impact will be very limited. He made good on just 25.6 percent of his three-point attempts in 2019-20.

Jackson was described as a “freak athlete” by senior forward Isaiah Livers. The 6-5, 180-pounder adds a different element than the other point guards on the roster, with his athleticism and playmaking ability standing out during his high school years.

It will be an adjustment for Jackson to transition to playing in the back court in the Big Ten, but we may see some of him because he can compete athletically and Michigan is thin at the lead guard spot.

A four-star recruit out of the DMV area, Williams has displayed his strength on the wing during preseason practices. A high I.Q. player and solid rebounder and defender, Williams may be able to make an impact as a role player off the bench.

Associate head coach Phil Martelli called Johns a possible “x-factor” last week, and mentioned that he is playing multiple positions in practice. Johns got some run as a small-ball five last season, and Martelli hinted that we’ll see him in that position once again this year.

Johns has experience, after scoring 6.0 points per game and grabbing 3.9 rebounds per contest. He’s showed flashes of explosiveness on offense, with six games of scoring in double figures, but consistency has been what he’s lacked. The team’s best offensive rebounder, Johns will be the backup four and will have a role down low as well. If he has taken steps in his game, he could raise the ceiling of Michigan’s entire team and could end up much higher on a future power ranking.

Many may have expected Davis to be the top-ranked big man on the roster, considering he provided steady production off the bench last year, but there are questions about how many minutes he can play while keeping the production level high, and if he can stay with more athletic centers defensively.

It wouldn’t surprise at all to see Davis out there as the starter in game one, but by the end of the season, we believe he will be back to his bench role, which isn’t a knock on him at all.

Whether or not Dickinson is the day one starter at the center spot is up for debate, but we strongly believe he’ll finish the season as the man getting the most run down low.

Not only is Dickinson known as a high-level scorer out of high school, but he’s “on a climb” as a passer early in his Michigan career, associate head coach Phil Martelli said last week.

“The first thing that jumps out at you about Hunter is he’s an extraordinary passer — either from the high post or even from the low post,” Martelli said.

At 7-foot-1, Dickinson will also have to adjust to the level of play defensively, with the Big Ten owning several of the country’s big men, including national player of the year runner-up Luka Garza out of Iowa, who Dickinson worked out with this summer.

There will be growing pains at times, but Dickinson has the highest upside at center and should make an immediate impact as well.

Smith is facing the challenge of transitioning from the Ivy League to the Big Ten, but appears to be handling it well, based on the chatter from coaches and players alike.

There’s a strong likelihood Smith starts at the point guard spot for Michigan, replacing three-year starter Zavier Simpson. Unlike Simpson, however, Smith will not have the ball in his hands the majority of the time. Instead, he’ll be responsible for distributing it to Michigan’s talented wing players and picking his own spots as a scorer.

In his four years at Columbia, Smith proved he can put the ball in the bucket, averaging an Ivy League and team-best 22.8 points per tilt last year. Early reports out of Michigan’s practices also indicate that Smith is one of the top long-range snipers on the team and has led the squad in many shooting drills. Additionally, he averaged a team-best 4.5 assists per contest last season for the Lions.

The Wake Forest transfer is expected to play a major role on Michigan’s team this year now that he is immediately eligible. Brown can play both in the backcourt and on the wing, and will do a bit of both for the Wolverines. Even if he comes off the bench, Brown will play plenty of minutes, possibly even more than some starters.

Brown is polished as a scorer and rebounder, after averaging 12.1 points and 6.5 rebounds in the ACC last season. He missed eight games with a leg injury but started 15 of the 23 contests he appeared in.

The 6-5, 215-pounder can lock down opposing guards and wings and will be one of the top defensive players on Michigan’s roster.

Brooks may not be the flashiest player in college basketball, but his value cannot be understated. On a team that featured Zavier Simpson, Brooks became the best on-ball defender of guards on the squad last season.

The likely starter at shooting guard also took a step forward offensively a year ago, averaging 10.6 points per game and scoring in double figures 13 times. In a Zoom call with reporters recently, Brooks said he’s working on his decision-making skills while handling the rock on ball screens. We’d bet he takes the next step in that regard, too.

Brooks shot the three at 36.4 percent last season and is a threat on the catch and shoot.

Livers’ junior season was plagued with injuries, forcing him to miss 10 games and ultimately playing a factor in his decision to return to Ann Arbor.

An elite shooter from three (40.4 percent for his career), Livers stepped up the rest of his game last season, improving his ball handling to become more of a threat on the dribble drive. Livers said recently he’s continued to work that part of his game, now that the ball will be in his hands more after Simpson’s departure.

The Kalamazoo, Mich., native and former Mr. Basketball in the state is taking on more of a leadership role this season, as well, finding his voice. He was named to the Naismith Award watch list ahead of this upcoming season.

After coming in late last summer and fracturing his wrist in preseason practices before impressing as a freshman, Wagner has had a full, healthy and productive offseason. Now up to 6-foot-10, Wagner has added 15 pounds of weight and is more put together physically, after working out with his older brother, Moe, and training with strength coach Jon Sanderson.

Wagner’s outside shot wasn’t what it was expected to be last season (31.1 percent), but the wrist injury surely played a factor. He should be much improved from long range this year.

The German is an elite defender on the wing and continued to progress offensively as last season wore on. He is primed to take the next step and become not only Michigan’s best player, but one of the top wings in the country. Wagner was flat-out dominant in the team’s Maize vs. Blue scrimmage last Friday.

• Talk about this article inside The Fort

• Learn more about our print and digital publication, The Wolverine

• Sign up for our daily newsletter and breaking news alerts

'See ya next year': No1 pick Joe Burrow carted off in Bengals loss

At the French Open, Players Look to the Tao of Rafael Nadal

OM, the record of shame 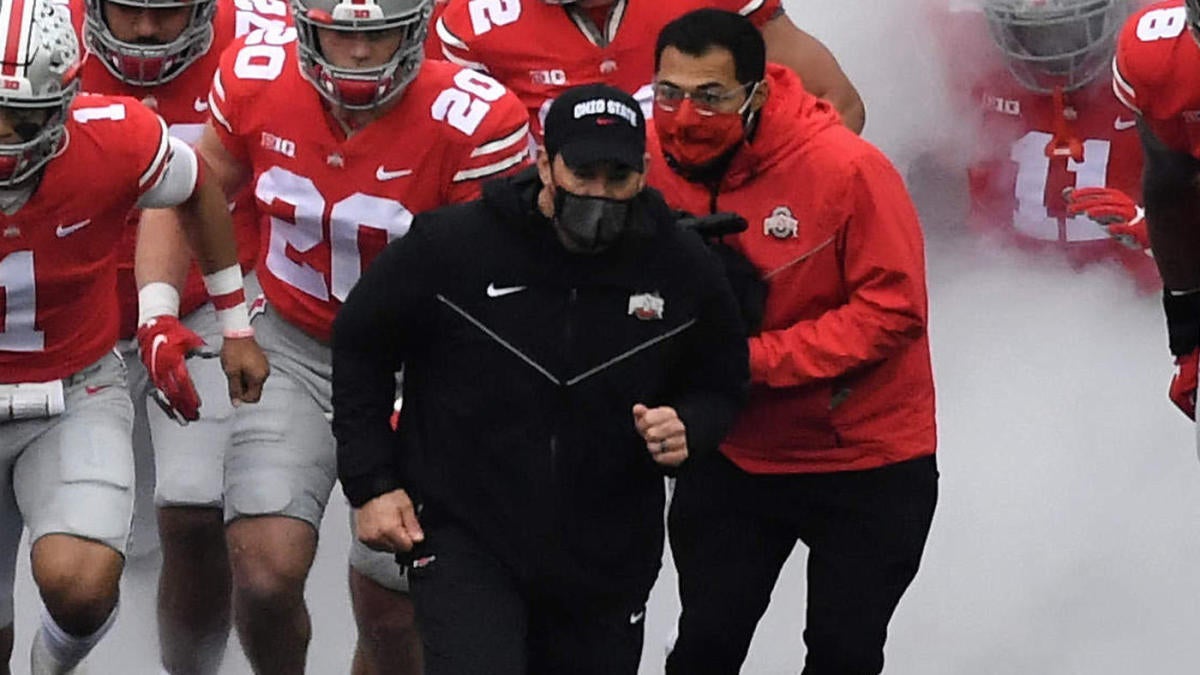 USATSI No. 4 Ohio State’s game with Illinois scheduled for Saturday has been canceled, the programs announced Friday night, less… 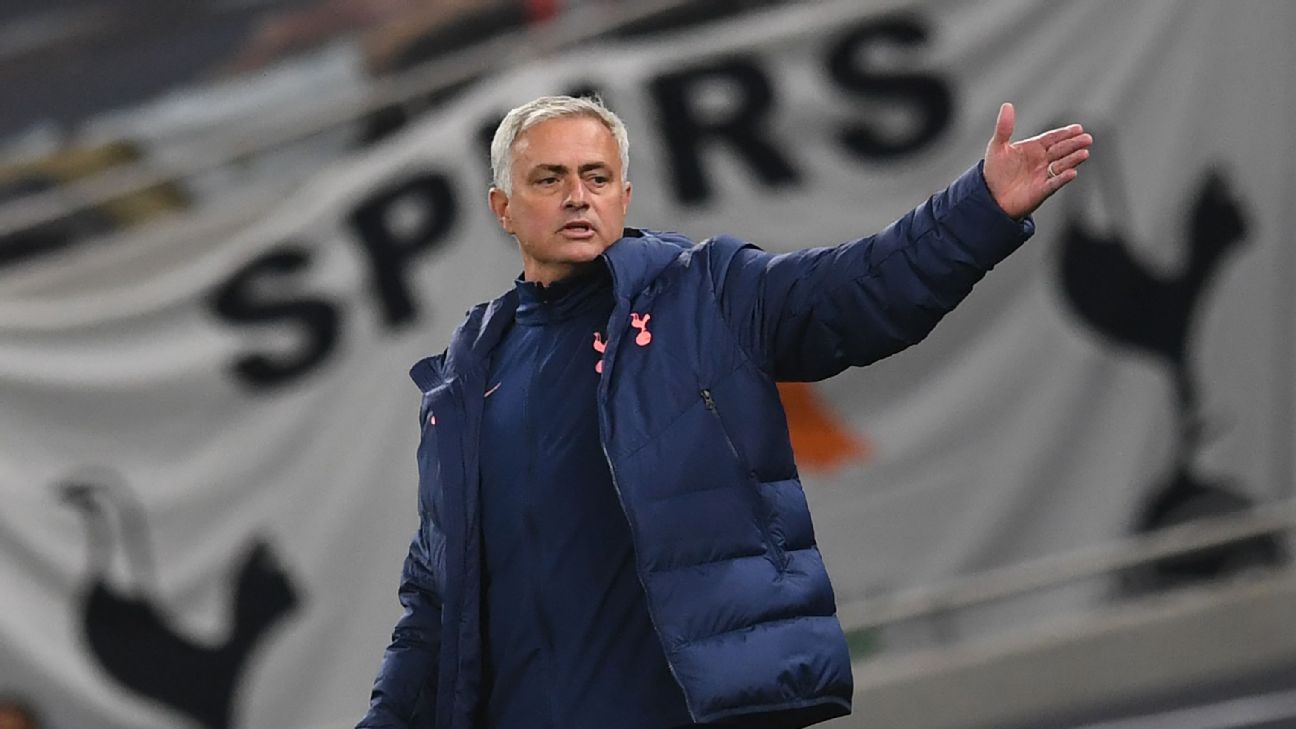