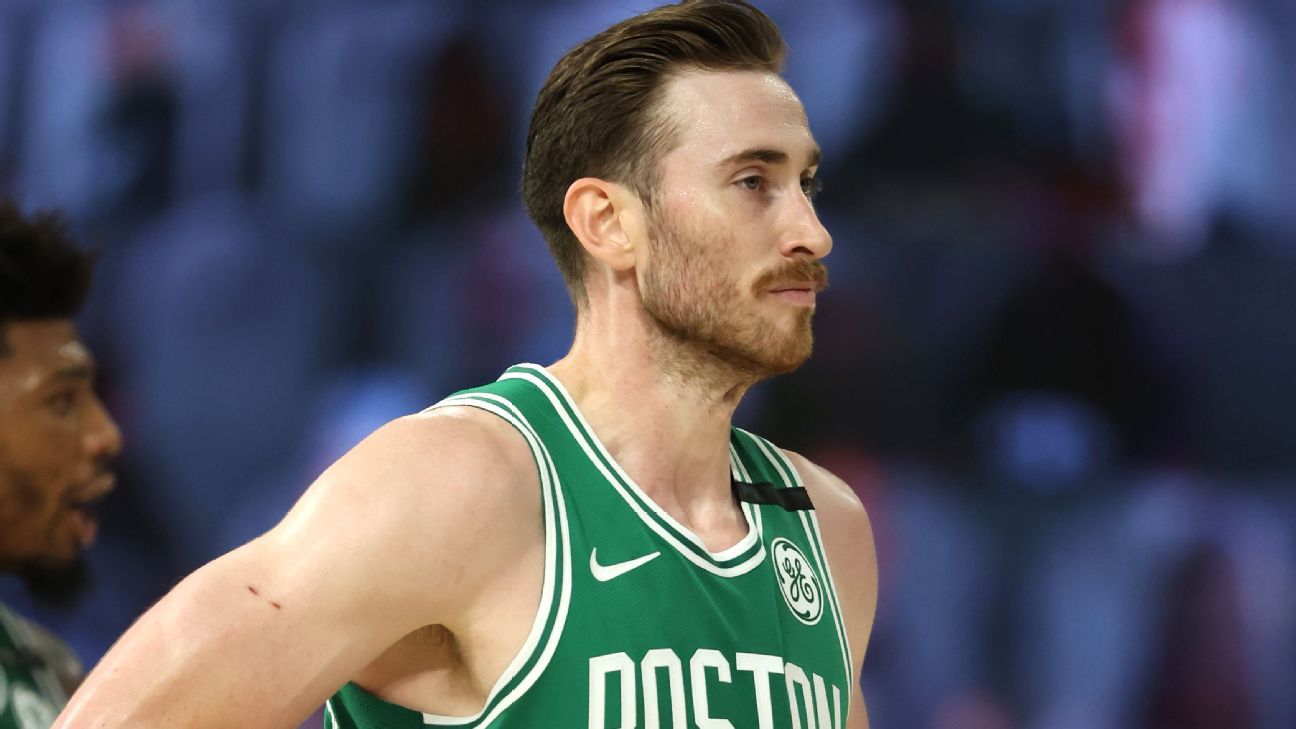 What does Gordon Hayward‘s decision to leave the Boston Celtics for a four-year, $120 million deal with the Charlotte Hornets in free agency mean for both teams?

Hayward traded a little bit of immediate salary for a lot more long-term guaranteed money with the new contract, reported Saturday by my ESPN colleague Adrian Wojnarowski, when he decided Thursday to decline a $32.4 million player option for 2020-21.

Will adding Hayward and No. 3 overall pick LaMelo Ball help the Hornets get back to the playoffs for the first time since 2016?

And how can the Celtics regroup after losing a third high-profile free agent in the past two years? Let’s take a look.

Charlotte accelerates rebuilding process, but to what end?

An offseason after losing Kemba Walker to Boston in free agency, the Hornets figured to be on a slower long-term trajectory as they rebuilt around their young players. Two in particular stood out: Second-year guard Devonte’ Graham broke out replacing Walker as a starter, finishing fifth in Most Improved Player voting (he got my first-place vote), and as a rookie, No. 12 pick P.J. Washington started 57 of 58 games, earning All-Rookie Second Team honors.

Then Charlotte added what I consider the most talented player in the 2020 draft when they jumped up to No. 3 in the lottery and Ball slid to that pick. Certainly, Ball is a long-term proposition for the Hornets. At 19, having played just 13 games in the Australian NBL in the past year and a half, Ball is unlikely to help Charlotte win this season. Developing him behind the starting backcourt of Graham and Terry Rozier looked like the right play.

Instead, the Hornets again proved unable to resist the siren song of a .500 record. I wonder to what extent Charlotte’s aggressiveness was informed by the team’s fool’s-gold finish as ninth in the Eastern Conference after the Washington Wizards went 1-7 in the seeding games to drop behind the homebound Hornets in the final standings.

Because the race for eighth in the East was really more of a speedwalking competition than a sprint, Charlotte seemed to be on the fringes of the playoff hunt. The Hornets’ point differential tells a very different story: They were outscored by 6.7 points per game, better than only the Atlanta Hawks and Cleveland Cavaliers in the East. In terms of its W-L record, Charlotte outperformed its expected Pythagorean total by four wins.

The bad news for the Hornets is that eighth might be more difficult to attain next season. With the return of Kevin Durant and Kyrie Irving, the Brooklyn Nets won’t likely languish below .500 again, while the Wizards get back John Wall and the Hawks are loading up on free agents this offseason. It would be one thing if Charlotte’s continuous failure to plan for the future was resulting in consistent playoff appearances. Instead, the Hornets have made it just three times in the 16 seasons since they were reborn as an expansion franchise in 2004, two of which resulted in quick exits via sweeps.

Hayward could be costly long-term

In the short term, Hayward should upgrade Charlotte’s wing rotation. His 6.1 wins above replacement player (WARP) by my metric would have ranked second on the Hornets last season behind Graham (7.4). Rozier (4.7) was the only other Charlotte player to produce more than 1.5 WARP, with starting small forward Miles Bridges rating right at replacement level (0.1) during his second season.

The draft is complete, and free agency season is upon us. Team-by-team free agents »

The issue is the Hornets are paying Hayward like an All-Star for the life of this deal, which takes him through age 34. If he stays healthy, Hayward’s combination of size and skill should age reasonably well, as he’s got a chance to remain a useful role player well past his prime years. Charlotte’s not paying for a role player, however, and the most similar players to Hayward at the same age according to my SCHOENE projection system still lost a third of their value between year one and year three of a multi-year contract.

Adding to the cost is what else the Hornets are doing to actually be able to sign Hayward to this deal, as they entered the day with approximately $19 million in cap space, including non-guaranteed contracts for Graham and 2019 second-round picks Caleb Martin and Jalen McDaniels. At most, Charlotte could get to $21.4 million without a trade or stretching a contract and needed a minimum of $27 million to make this deal as reported.

The solution, according to Rick Bonnell of the Charlotte Observer, is that the Hornets will waive Nicolas Batum and stretch his $27.1 million cap hit over the next three seasons, putting $9 million in dead money on Charlotte’s books each year. Stretching Batum will cut into the Hornets’ cap space next offseason, which is in the ballpark of $20-30 million pending a possible extension for Graham.

It’s particularly ironic for Charlotte to stretch the salary of Batum, a veteran wing the team re-signed to a lavish five-year contract, in order to give Hayward a similar deal. The Hornets could have put a smaller amount of dead money on their books by waiving and stretching center Cody Zeller, due $15.4 million this season, or tried to send Zeller to the Celtics in a sign-and-trade deal.

Back when we expected Hayward to pick up his player option, Boston’s biggest concern was how to manage its luxury-tax bill. Well, good news for the Celtics: They’ve got nearly $30 million to spend before reaching the tax line now. Boston is free to use the entirety of the $9.3 million non-taxpayer midlevel exception.

The trouble for the Celtics is the market already looks picked over less than 24 hours after free agency opened Friday. There’s certainly not a Hayward-caliber player available to Boston, particularly on the wing. The Celtics could be better off looking to add at center, where Marc Gasol and Serge Ibaka are still available, as is Tristan Thompson. I’d also be intrigued by Boston adding power forward Paul Millsap, who would give the team more size at the position.

If the Celtics are going to add a wing, they might be better off going the trade route. Even if the Hornets stretch Batum, it’s in Boston’s best interest to negotiate a sign-and-trade to create a trade exception valued at Hayward’s 2020-21 salary. The two sides reached a similar understanding last year, delivering Walker and Rozier to their new homes.

Paying Hayward $30 million a year would have put the Celtics uncomfortably deep into the luxury tax. Still, make no mistake, his departure weakens Boston’s quest to get back to the NBA Finals, pending additional moves.

Phil Balke, the Toronto FC’s First eSports Pro, Will Destroy You at FIFA

San Francisco pulls off first stunner of season with upset of No. 4 Virginia, winner of last NCAA Tournament