For José Mourinho, this was the definition of a plan coming together. The Tottenham manager introduced Giovani Lo Celso on 64 minutes and saw him finish off a quick and simple counterattack with his first involvement to sink Manchester City and propel his club to the top of the Premier League.

The goal, which was started by Toby Alderweireld on the edge of the Spurs area and driven by a Harry Kane run from halfway, was one of several snapshots of Mourinho, in the vernacular of his trade, doing a number on City and his counterpart and rival, Pep Guardiola, which would have felt particularly sweet.

Spurs led early through Son Heung-min’s ninth goal of the league season – a smart finish after his team’s first break of the game – and, thereafter, they defended resolutely, slowly but surely choking City into submission.

Guardiola’s team looked to play their normal fluent game, hogging possession and carrying the fight to their opponents. But it all came to look a little flat and predictable. The manager had signed a new two-year contract at City on Thursday, blowing away a dark cloud, but there was no immediate tonic. City remain in mid-table with plenty to ponder.

City had arrived in London with one of the meanest defences in the league but Spurs went ahead with their first forward thrust and it was all too easy. Tanguy Ndombele turned sharply in midfield, dropping his shoulder to ease away from Bernardo Silva, and he looked up and over for the top for Son straight away.

Son had found a seam up the inside left channel and City’s players were powerless to do anything about it. João Cancelo came across but it was too late and Son finished coolly through Ederson’s legs.

The pattern had been advertised before the early goal. City had strung together a lengthy sequence of passes, pushing high and probing. Spurs, by contrast, sat deep, happy to wait for the counter. At 1-0, the game felt even better set for their strategy and they almost scored again on 13 minutes when Steven Bergwijn, who started ahead of Gareth Bale, played in Son on the break, whose cross was turned into an empty net by Kane. A correctly raised offside flag against Kane forced the stadium DJ to press stop on the celebratory music.

Mourinho started with Moussa Sissoko alongside Pierre-Emerick Højbjerg in front of the back four and the pair – and Højbjerg, in particular – were under orders to stay goalside of Kevin De Bruyne. Mourinho knew that if City’s talisman could be contained then his team’s hopes would soar.

City had their moments in the first half and they thought they had equalised in the 27th minute only for VAR to spot a handball by Gabriel Jesus before he laid off a deflected Riyad Mahrez cross to Aymeric Laporte, who lashed past Hugo Lloris. Jesus had jumped with his arm out and he leant towards the ball with it. Jesus, De Bruyne and Silva protested loudly to the referee, Mike Dean, after the half-time whistle.

Spurs’s defensive mettle was tested and they had the answers before the interval. Alderweireld made an impeccably timed challenge to halt Jesus while Sissoko got back to thwart Ferran Torres on another occasion. Rodri headed straight at Lloris from a De Bruyne free-kick – a big chance wasted – while Jesus blasted wide at the end of the half. At the other end, Rodri tracked back to dispossess Bergwijn after Kane had led a counter, which featured an overlap by Højbjerg.

City were still angry about the disallowed Jesus goal before the start of the second half, with Rodri and Mahrez taking turns to continue the dialogue with Dean. Guardiola’s team needed to concentrate on unpicking Spurs who, by now, had the scent of victory in their nostrils. Mourinho called for focus in the one-on-ones, for strength and no silly fouls in his team’s defensive third. For him, it became all about maintaining the shape.

City looked to De Bruyne, as usual. The creative burden has come to weigh even more heavily on him this season in the absence of David Silva. Three times in the first 15 minutes of the second half he got himself into good areas only to flash one shot wide and see another two blocked by Eric Dier.

Spurs maintained their threat on the break, with Son’s touch too heavy from a Kane pass on 63 minutes after Ederson had left his line. Kane’s capacity to drop deep and provide has been a feature of his team’s season and when he combined with Lo Celso, City were broken.

Guardiola sent Raheem Sterling on as a 72nd minute substitute – Mourinho’s prediction that he would start was wrong – but he could do nothing, with City’s frustrations summed up at the end when Lloris saved at point-blank range from Rùben Dias.

In Liverpool, the Salah case worries

The Fiver | The speed with which elite footballers are becoming unavailable

There is a new crack in Liverpool!

Can someone, anyone, guard Tyreek Hill? 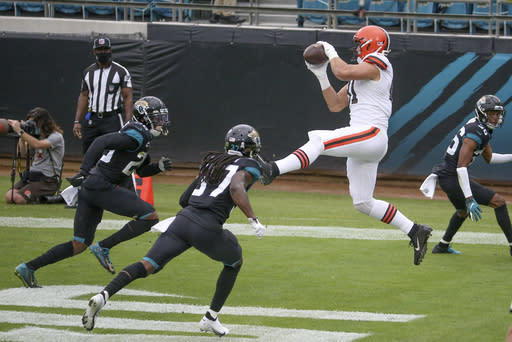 JACKSONVILLE, Fla. (AP) — The Cleveland Browns can sum up their week in one word: survival. They managed to overcome…

LONDON (AP) — The sound of the thud from a clash of heads just added to concern. The game was… 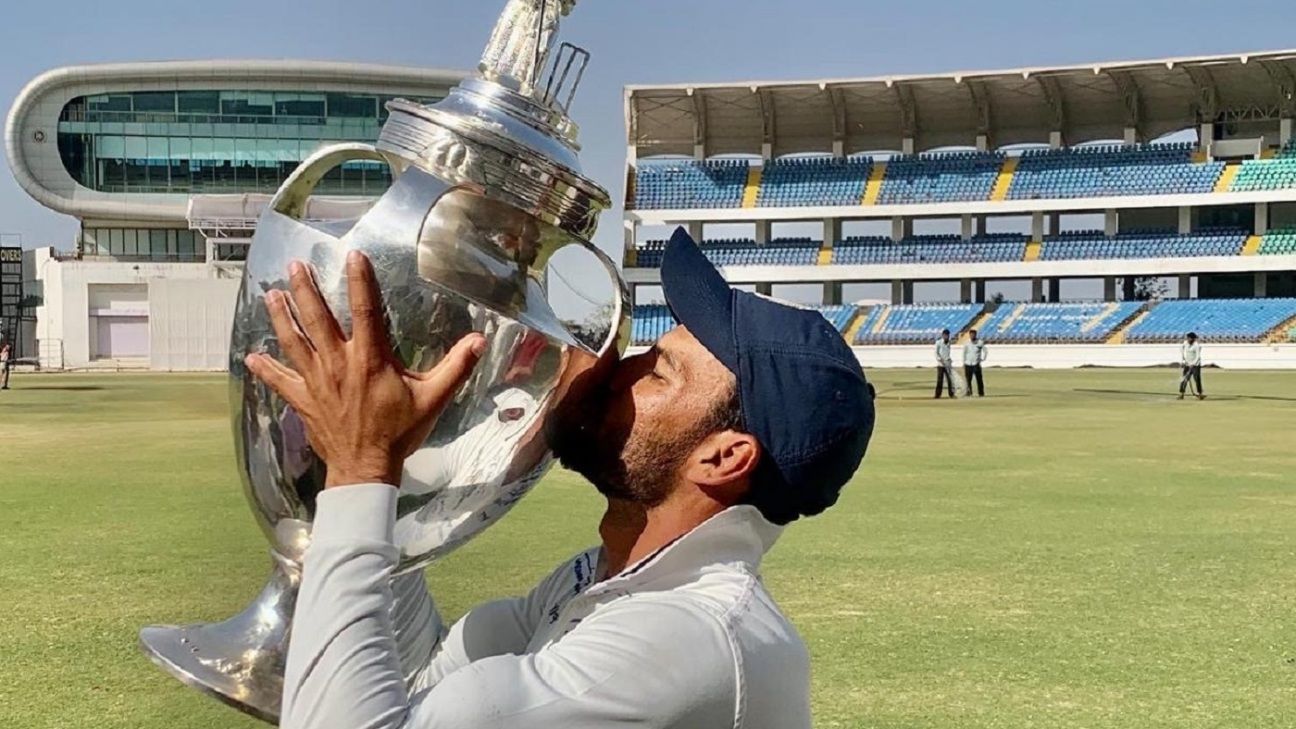 Only Ranji Trophy. Only Syed Mushtaq Ali T20 Trophy. Both Ranji Trophy and SMA T20s. Both SMA T20s and Vijay…