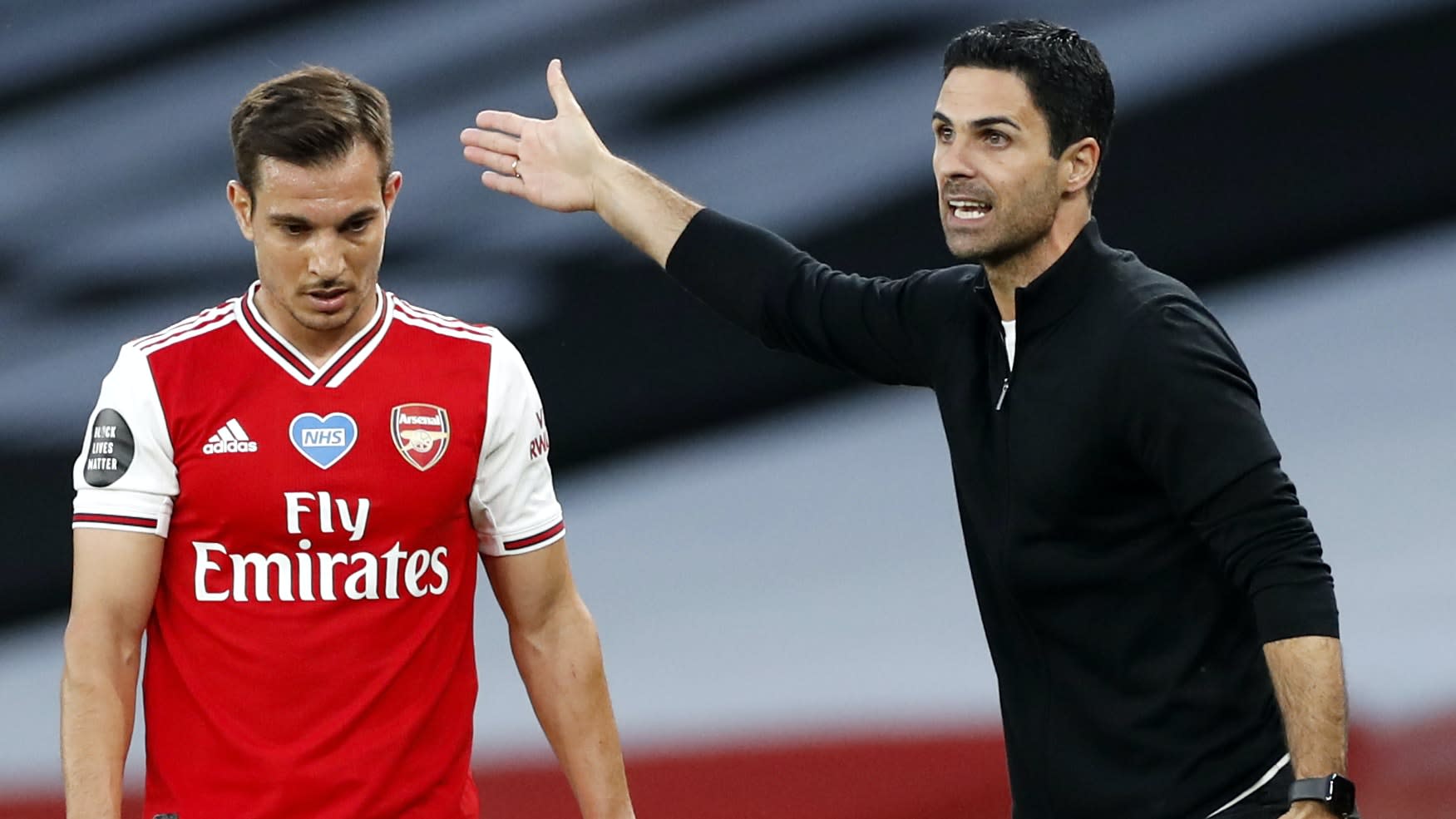 Arsenal boss Mikel Arteta is hoping two of his January recruits can finally make an impact at the Emirates Stadium in the coming weeks.

Defenders Pablo Mari and Cedric Soares were both initially signed on loan last winter before their moves were made permanent later in the year.

But neither has been able to hit the ground running with the Gunners, with injury the main reason for their respective stuttering starts.

Mari has made just three appearances for Arsenal since joining from Flamengo – the last coming in a 3-0 defeat to former club Manchester City in June.

With the loan fee and transfer amount combined, the 27-year-old cost Arsenal £12million but, now he is back in full training following a complicated ankle injury, Arteta praised Mari’s work ethic to get fit.

“He’s looking really good in training,” he said of Mari.

“Obviously, he had a difficult surgery, he had a screw (inserted) and sometimes when you have an external body inside it can react in an unexpected way.

✍️ We have reached agreement with both Pablo Mari and Cedric Soares to join the club on permanent deals.

“It was causing some inflammation and irritation in the joint all the time and his ankle was swelling.

“So we had to take that out again which was a little bit of a setback, but he’s been working really hard and looks really good in training.”

Given Arsenal have recruited Gabriel Magalhaes and seen William Saliba return from a loan at St-Etienne, Mari now has more competition for a place in the side.

When asked if Mari still has a role in the first-team, Arteta replied: “Yes he does.

“We’ve been hit really hard with some big injuries, not only Pablo but Cedric as well, since he joined here he’s had two or three different incidents.

“It is what it is. What I can say is that the approach of those players and the way they’ve been trying to work to get back to their best has been phenomenal in all cases.

“Let’s hope that we can have them, we can use them and they can feel part of what we’re doing.”

Cedric’s first year at Arsenal has followed a similar pattern to Mari’s so far.

His contract at Southampton was running down so they allowed him to leave on loan to Arsenal for the second half of last season – which would then be extended after the coronavirus pandemic caused a halt to proceedings.

The Portugal full-back was already injured when he arrived and had to wait until July for his Arsenal debut having since signed a four-year deal with the club.

Cedric has been fit and available all season but has yet to play in the league, instead making a start against Liverpool in the Carabao Cup and featuring in all three Europa League games.

“I’ve seen a big change in Cedric in the last month or so,” added Arteta.

“I think his performances in the Europa League have been much better. He needed some time to adapt to our way of playing and most importantly, he needed his fitness levels to be at the standard we need.

“That was impossible because he had some injuries when he came here. He had a really bad injury in his knee, after he broke his nose he had some difficulties but again he’s a lad who’s trying really hard every day in training.

“He’s accepting the situation and he’s fighting against it to prove us wrong and we’ll try to provide him more opportunities.”

It is unlikely either with start Sunday’s Premier League trip to Leeds but, with a truncated calendar and fixtures across four competitions in the coming months, having both Mari and Cedric as options could be key to Arteta later in the campaign.

Argentina and Australia stand by

Harden, the transfer that will upset the NBA