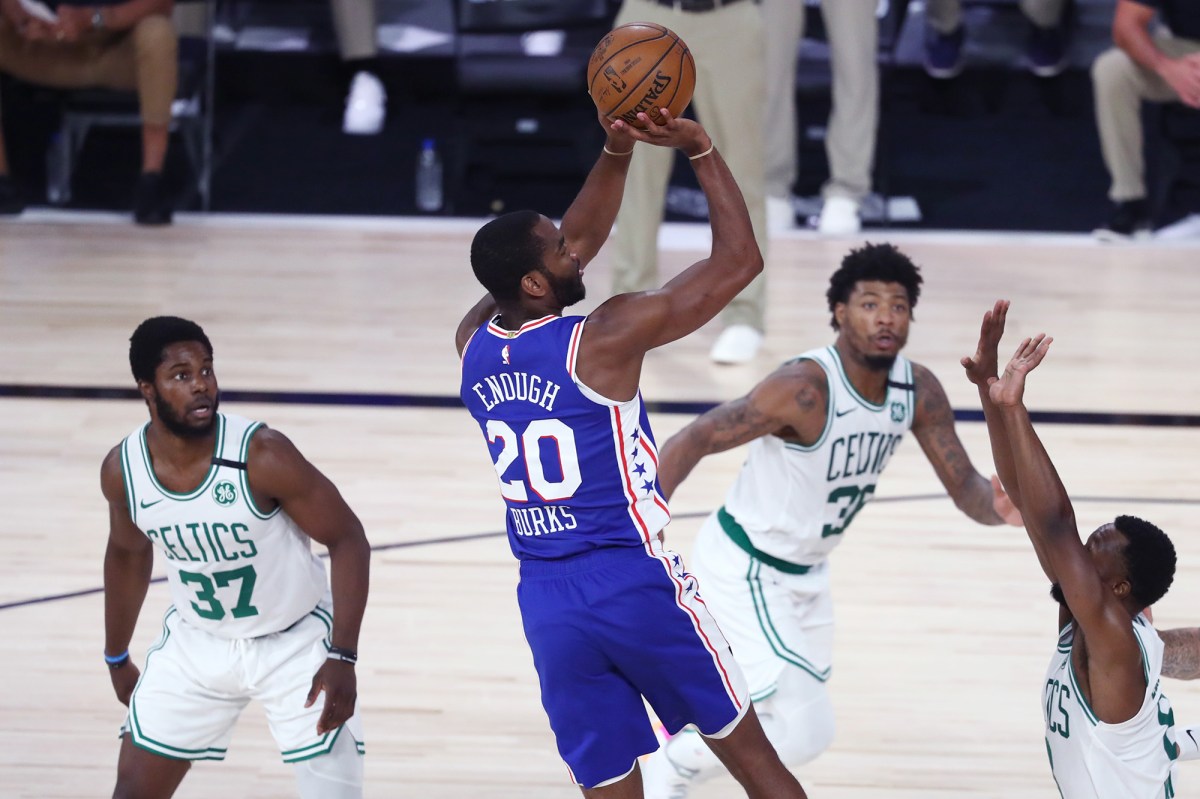 The Knicks’ free-agent foray got off to a slow start, but they made one signing Friday, grabbing swingman Alec Burks on a one-year, $6 million deal, according to a source.

Burks started his career at Utah, where new Knicks assistant GM Walt Perrin drafted him in the first round in 2011 and new assistant Johnny Bryant coached him.

A journeyman, Burks played with the Sixers and Warriors last season but he’s a scorer.

In 18 games with Philly, the 29-year-old from the University of Colorado averaged 12.2 points and shot 41.2 percent from 3-point range. He averaged 16 points for the woebegone Warriors last season and shot 37 percent from 3. Burks also plays all three backcourt positions.

The Knicks entered free agency trying to bolster their 3-point shooting. They lost out on Washington’s 3-point shooting machine, Davis Bertans, who signed a whopping 5-year, $80 million deal to stay with the Wizards.

They also fell behind in the race for Gordon Hayward, who wants to play for his hometown Pacers. Indiana is trying to work out a sign-and-trade. With Atlanta signing Danilo Gallinari, the Knicks have the most cap space in the league.

Bogdan Bogdanovic, after pulling out of a deal with Milwaukee, still is on the market and is a dangerous 3-point shooter.

The Knicks are monitoring point guard Fred Van Vleet’s situation but are big long shots. Sources say he wants to stay in Toronto and keep his successful union with Kyle Lowry. He has little interest in being the savior in the Big Apple.

Foster wants another look at red cards after All Blacks loss