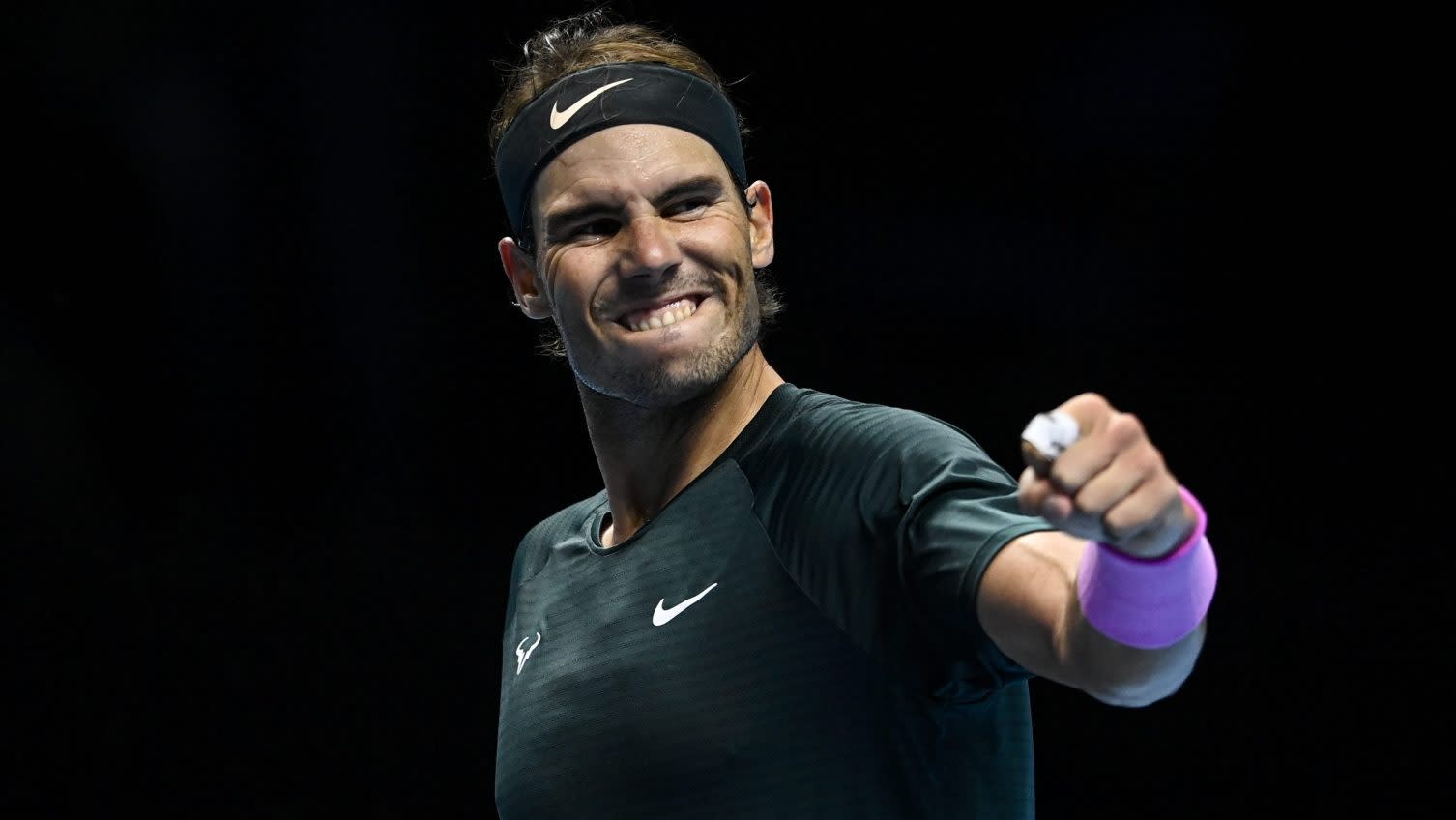 LONDON — Rafael Nadal advanced to the semifinals at the ATP Finals for the first time in five years and knocked out the defending champion in the process, beating Stefanos Tsitsipas 6-4, 4-6, 6-2 Thursday at the O2 Arena.

It is the sixth time in 10 appearances that Nadal has reached the last four of the season-ending tournament, which is the biggest title he has yet to win in his illustrious careers.

Tsitsipas won it on his first try last year but exited after a second loss of the group stage, done in by a shaky serve in the third set when he was broken three times.

Earlier, the already eliminated Andrey Rublev beat U.S. Open champion Dominic Thiem 6-2, 7-5 in a contest that had little real consequence for either player. Thiem was assured of winning the group after beating Tsitsipas and Nadal in the first two rounds.

Nadal never looked threatened on his serve against Tsitsipas until the final game of the second set, when he double-faulted to hand the Greek a way back into the match.

“I think I was winning my serves quite comfortably until that moment,” Nadal said. “After that, everything changed.”

Suddenly, neither player could hold serve as the third set started with three straight breaks, with Nadal taking a 2-1 lead. The Spaniard finally held and broke again for a 5-2 lead before the clinching the win on his second match point.

“I don’t even know what I was trying to do (in the third set), honestly,” Tsitsipas said. “Trying to be way, way too much aggressive. I was giving him free points without really, himself doing much or hurting me from the back. … My serve was not there when I needed it, and these guys, you just have to be there. I wasn’t fully present. I wasn’t playing in the moment. Quite disappointed with that. But that’s life.”

Nadal, who improved to 6-1 against Tsitsipas, will play Daniil Medvedev in the semifinals on Saturday. Thiem will face the winner between Novak Djokovic and Alexander Zverev on Friday.

Nadal beat Medvedev at least year’s ATP Finals in a match where the Russian led 5-1 in the third set, but neither advanced from the group stage that time. Now Medvedev is in great form, having won the Paris Masters and his opening two matches in London.

“He’s playing great,” Nadal said. “I think last year he was very tired mentally at the end of the season. I think this year is a different story. He has plenty of confidence.”

The early match between Thiem and Rublev was delayed after the lights went out unexpectedly at the O2 Arena.

Thiem was short of energy, too, when play eventually began.

“So with the fact I was already qualified, in the back on my mind it was difficult to keep the intensity alive.”

Rublev played like someone with nothing to lose, overwhelming Thiem with his serve and fierce groundstrokes to take the Austrian’s first two service games and clinch the first set in less than 26 minutes. He dropped only three points on serve and had no unforced errors in that set.

The second set was much closer, though Rublev was on top and serving at 4-3 when he lost eight straight points to get back on serve.

Rublev regrouped, broke Thiem after a long next game featuring some intense rallies, then served out the match for his first win in his debut at the season-ending tournament.

“It was not easy for Dommy,” said Rublev, who has won five events on the tour this year in a breakthrough season. “I think he (was) focused on the semis. I wish him good luck – he deserves to be where he is and he deserves to win the title.”

Chris Bosh reveals how LeBron James told him he was leaving the Heat: 'Through a text'

Marquinhos “thinks” of finishing his career at PSG

What the Celtics can do with their NBA record-breaking $28.5 million traded player exception

By trading Gordon Hayward’s new four-year, $120 million contract to the Charlotte Hornets, the Boston Celtics have created the largest… 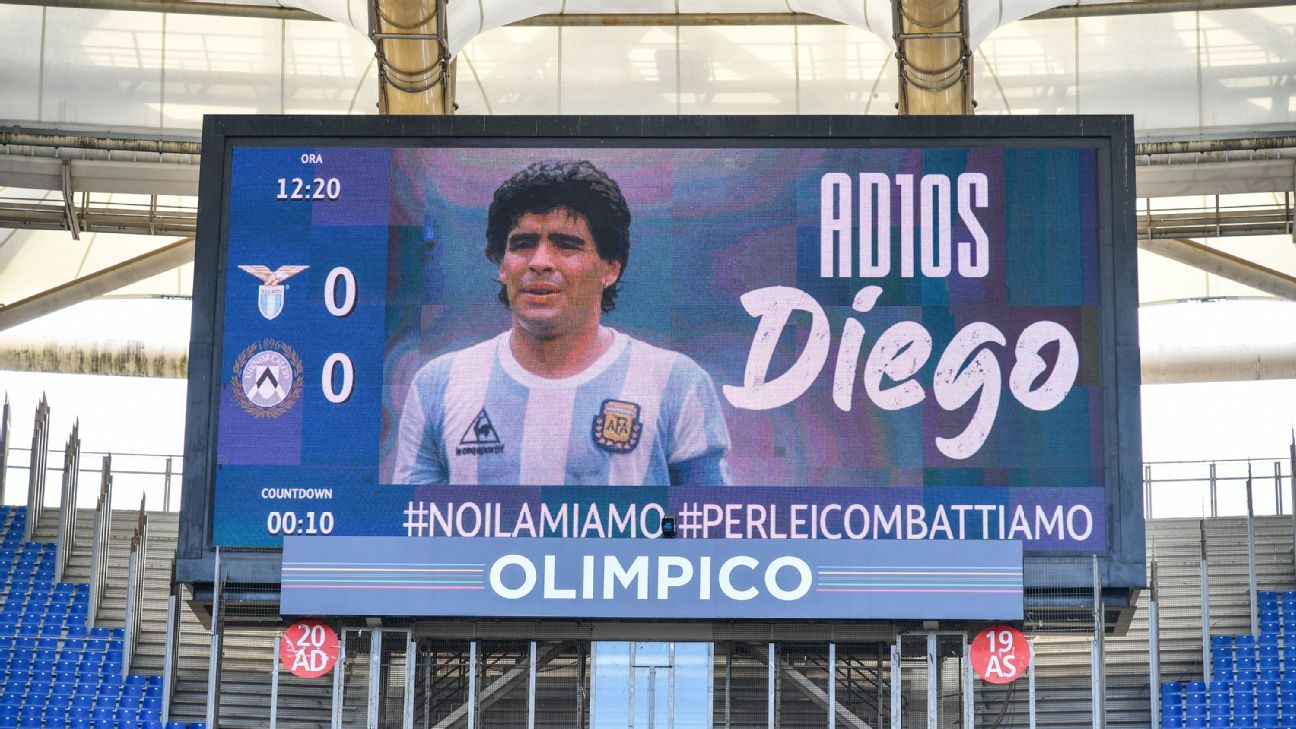 Throughout the weekend, the footballing world paid tribute to one of the greatest players of all time, Diego Maradona, who… 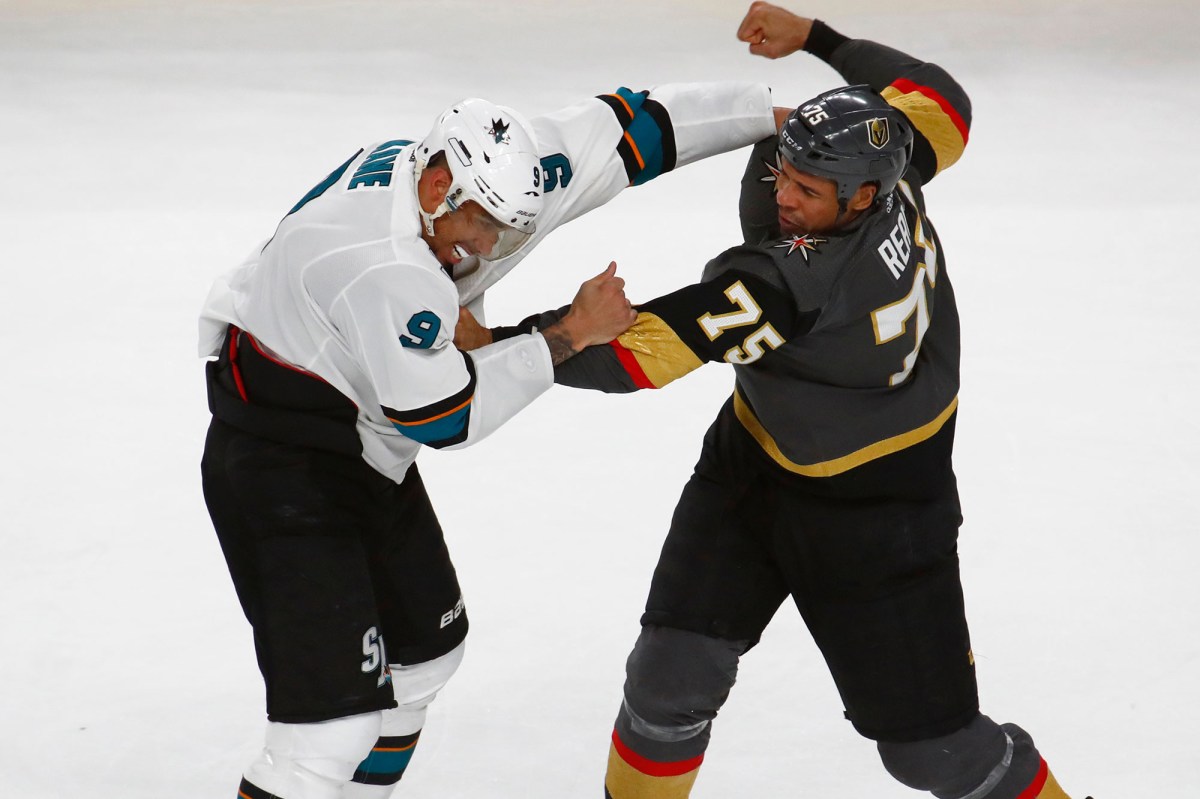 San Jose Sharks forward Evander Kane wants next, but he may have got more than he bargained for. After YouTube…

Tour de France: Hinault does not believe in Pinot or Alaphilippe

The last French rider to have won the Tour de France in 1985, Bernard Hinault confided on Europe 1 that…