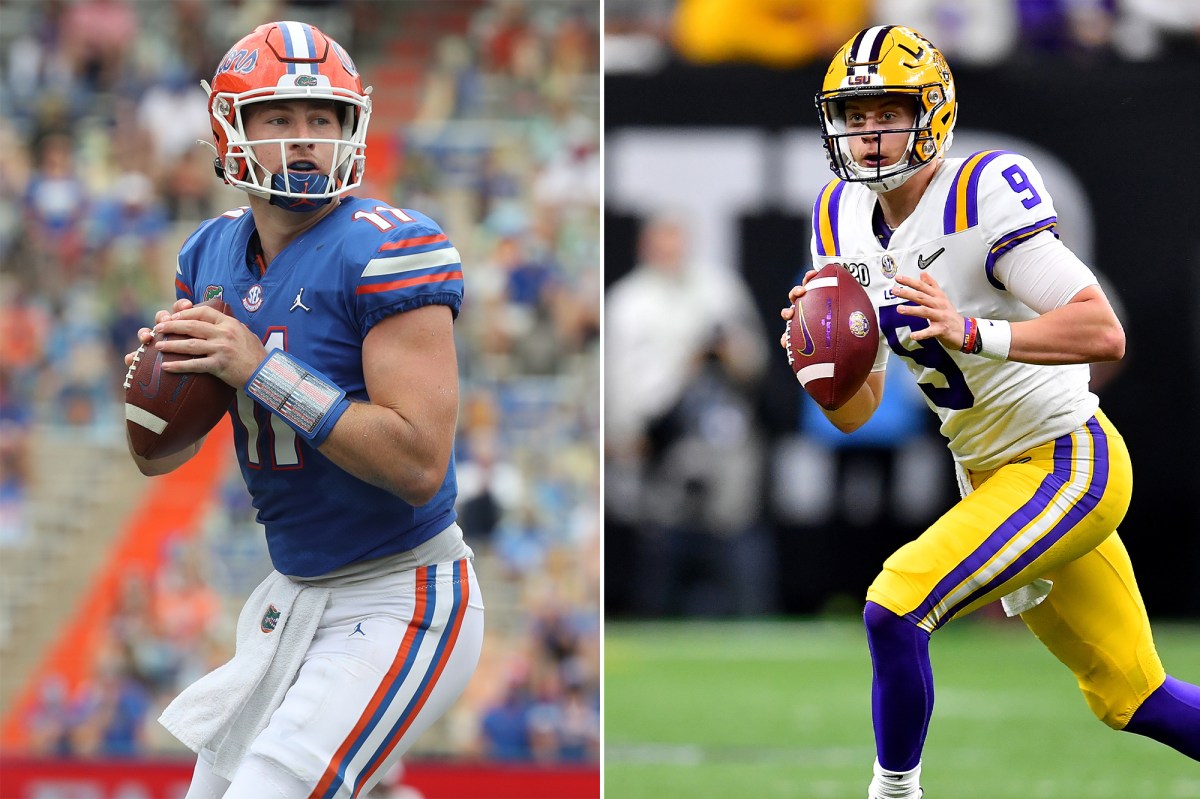 First, some numbers. If you’re going to launch into a discussion about the Heisman Trophy, it has to start there.

On his way to a historic, Heisman-winning season, Joe Burrow’s first six games for LSU in 2019 looked like this: 2,262 total yards, 27 touchdowns and three interceptions.

That’s the kind of pace Burrow set last year on his way to an overwhelming victory. And through six games in 2020, Florida quarterback Kyle Trask has an eerily similar output: 2,247 yards, 28 touchdowns and three interceptions.

He has posted these numbers against better competition than Burrow faced early. And with each week, the former long shot to win the Heisman looks more and more like a potential winner.

Trask opened the offseason at 60/1 to win the Heisman at Westgate. By early August, he had been bet down to 25/1. Since then, the odds have crashed each week as Trask’s statistical performance and national profile have improved. Less than a month ago, however, Trask could still be had at 18/1. Then 7/1. And now, after his six-touchdown performance against Arkansas, the value is all but gone. He’s +260 at BetMGM, tied with Ohio State quarterback Justin Fields for second favorite behind Clemson quarterback Trevor Lawerence (2/1).

Unlike Burrow, Trask has a loss. The Gators fell to Texas A&M in October. Trask threw for four touchdowns in that game; he has thrown for four or more in every game this year. And although the buzz surrounding the Heisman has been focused on Lawrence and Fields, who both are very much in the mix, Trask is an intriguing case as the sport nears its homestretch.

Burrow came from off the pace to win the Heisman. His odds were as high as 200/1 — tickets that were well publicized after he won in December.

If Trask is to follow suit, he will have to keep up the pace. Given the competition, that seems likely. Florida will play Vanderbilt, Kentucky, Tennessee and LSU to close the year.

The Gators are then likely to match up against Alabama in the SEC championship game. That, more than any game remaining, likely will decide Trask’s fate. A win over Nick Saban and fellow Heisman frontrunner Mac Jones would aid his efforts a great deal.

In the meantime, those holding Trask tickets they’ve been sitting on since the beginning of the year hope the trend will continue. And while the value in betting the Gators’ QB is long gone, there’s no reason to believe his performance will slow.

— Expect more pop-up football games. We saw Cal-UCLA schedule a game for Sunday morning on a few days’ notice. With cancellations and postponements blanketing college football, athletic directors around the country are already making these contingency plans. It wouldn’t be shocking to see more of these games appear in the weeks ahead. Keep that head on a swivel.

— The player you likely haven’t heard much of that you should watch this week? Iowa State RB Breece Hall. The sophomore is the only 1,000-yard rusher in college football, is averaging nearly 150 rushing yards per game and will attempt to continue his quality start against Kansas State. Although betting a non-quarterback to win the Heisman feels unwise, it’ll be fascinating to see where he winds up on 2021 Heisman futures. Tons of talent. Really fun player.

Things to know about Finland, France’s opponent in a friendly match

Robert Saleh should be a head coach in the NFL tomorrow

Taz Sherman was struggling with the adjustment to college basketball. The high-scoring junior college all-American was brought in to hit…