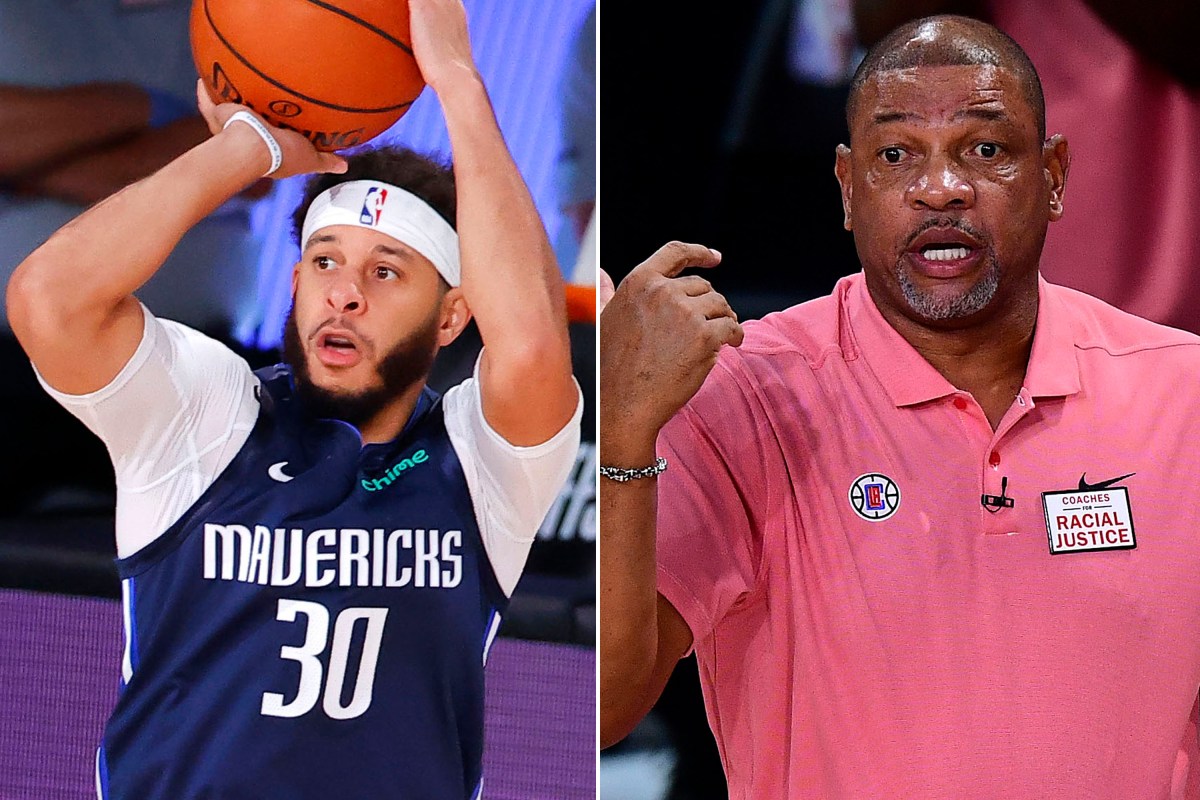 How would you like it if your father-in-law was your boss?

Well, Seth Curry is about to find out.

The 30-year-old Curry was traded from the Mavericks to the 76ers — now coached by Doc Rivers, his wife’s father — in a 2020 NBA Draft-night trade Wednesday night that sent shooting guard Josh Richardson and the No. 36 pick (Colorado forward Tyler Bey) to Dallas.

Family connections aside, Curry fills a need for Philadelphia as a prolific 3-point shooter who can complement stars Joel Embiid and Ben Simmons.

Curry’s is a career 44.3 percent 3-point shooter, which ranks second in NBA history behind current Golden State Warriors coach Steve Kerr. He also is four spots ahead of his brother Stephen, a two-time NBA MVP.

“Having a truly gravity elite shooter really changes the dynamic for Ben and Joel,” 76ers president of basketball operations Daryl Morey said told reporters after the trade went down. “Those who watch the Sixers up close and personal — like you have longer than me — when Joel and Ben have had that, it’s actually insane how good those lineups and how good those teams played when everyone was healthy.

“So that was really the theme for tonight. Getting Seth — you can argue for him as the best shooter in the NBA — was really exciting.”

The Mavericks will be looking for Richardson, 27, to bring some physicality and a stronger defensive presence to a team led by offensive stars Luca Doncic and Kristaps Porzingis.

Richardson, who joined the 76ers last season in the Jimmy Butler sign-and-trade deal, also averaged 13.7 points per game last season, but it’s his defensive prowess that drew the Mavericks interest.

“Coming off last season, our offense was historically great, but we need to get our defense better,” Mavs coach Rick Carlisle said after Dallas drafted wing Josh Green with the No. 18 pick. “Some of it is going to be the kind of work we put in during training camp, but the other part of it is when we draft and when we acquire players, we want them to have that kind of mindset and ability.”

Dallas also is hoping the addition of the 22-year-old Bey, the Pac-12 Defensive Player of the Year last season, will provide another boost to its defense.

Galtier interested in OM? "Villas Boas is wrong", he assures

Benzema should “take a step” towards Deschamps

OKC to welcome Thunder fans into their arena, which means COVID must be over, right?