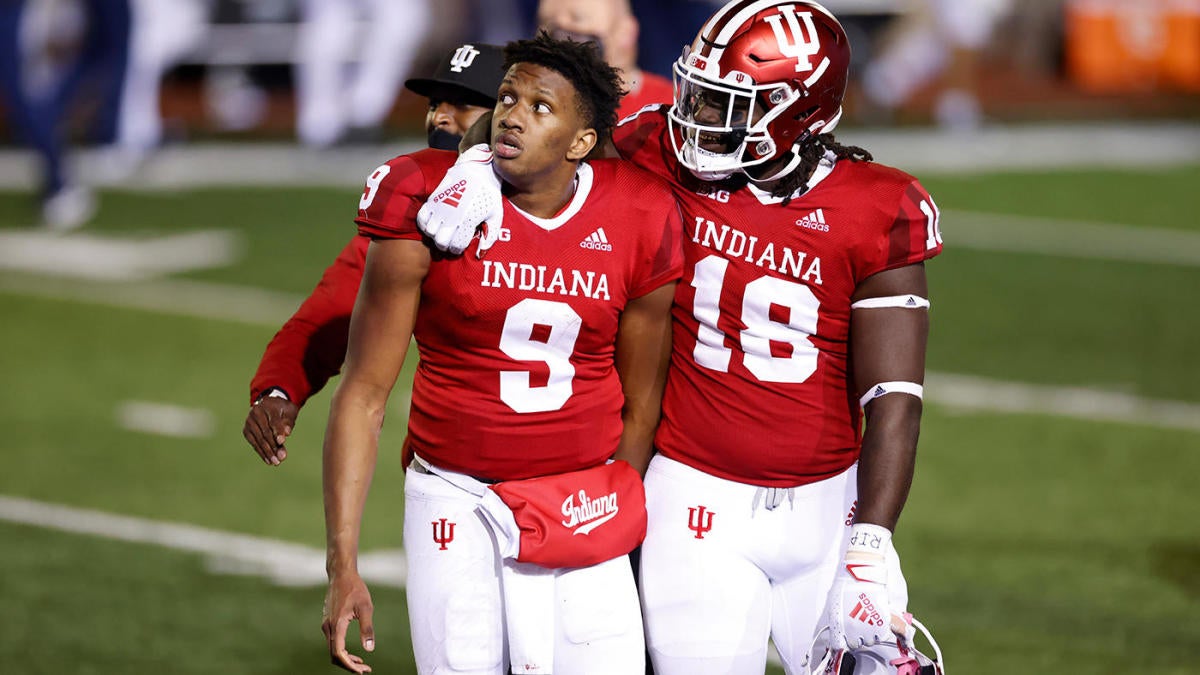 The phenomenon that is No. 9 Indiana just might be a moment frozen in football intuition. That’s how this magic season started five weeks ago. When Hoosiers quarterback Michael Penix Jr. stretched out to touch the pylon for the game-winning two-pointer against Penn State in overtime, he made possible a 4-0 start and top-10 ranking heading into a showdown with No. 3 Ohio State.

Penix, you see, is left-handed, which makes him a decided minority among not just the population but quarterbacks. If he’s not a lefty, is Indiana lining up on the left hash in overtime to favor his dominant hand? Does that side of the field open up to him as he rolls left toward the short side? Are we even having this conversation about a Hoosiers team that is resembling Milan High’s inspiring accomplishments in “Hoosiers,” the movie?

Yes, probably, somehow, because Penix adapted in the moment. Even though he is a unicorn — only 10% of the population is left-handed — the only way he could reach the pylon was with his right hand. Inside the 3-yard line, Penix switched the ball from left to right and lunged. Incredibly, the redshirt sophomore kept any part of his body from touching the ground until the ball hit that soft bright orange column. With his off hand.

“It was the closest thing that was in bounds, basically,” Penix said this week of his move. “My right hand was going to be the one down, so it would have been hard to reach with my left. It was my instincts.”

That explains a lot about these Hoosiers. They are that off hand in a world run by right-handers. They have to zig when others zag. They have to be instinctual, not read the signposts telling them they don’t belong.

Penix’s push for the pylon made possible a campaign for the ages. Indiana beat Michigan and Penn State for the first time the same season. The Hoosiers had been 1-22 against Penn State. They had lost 24 in a row to Michigan. The shutout of Michigan State last week was Indiana’s fifth since coach Tom Allen took over in 2017.

Penix seemed to gain confidence within the Penn State game. After starting 11 of 27 for 99 yards and a touchdown, he led a drive that tied the game with 22 seconds left in regulation. He threw another touchdown in overtime and ended that game completing 8 of 9 passes. Since that day he has completed 63% of his passes and averaged 300 yards passing.

However, in this age of offense, Indiana has done a lot of it with defense. Coordinator Kane Wommack’s unit has pressured the quarterback on 37% of pass-rushing snaps to lead the Big Ten, according to Pro Football Focus. Allen has a Big Ten-high 22 players from Florida on the roster, a product of six years coaching high school and college in the state.

Penix is one of them. “It was a wonderful feeling when I got here. It felt like home,” said the Tampa, Florida, native.

It also is an unlikely home for college football excellence. Indiana visits Ohio State with the Big Ten East — and more — at stake. As big as it is, the game’s subtext is almost more about whether IU belongs than what it has accomplished. The Buckeyes were immediately made three-touchdown favorites, which immediately got the attention of the Hoosiers.

“I love this place. I love these kids. They’re going to fight. I don’t care what anybody says about this stinking game,” said an emotional Allen this week on a Zoom call. “We’re going to compete. We’re going fight. Good Lord willing, we’re going to find a way keep proving everybody wrong.”

Allen, 50, is a combination of schmaltz and devout determination. He was still tearing up Monday when recalling his son Thomas’ season-ending hip injury suffered last Saturday. Thomas Allen is a reserve linebacker for the Hoosiers.

“I know what he’s been through to get here, a tough sucker,” Allen said with a dad’s pride and sadness.

Half of Allen’s 28-year career has been spent as a high school coach. He tears up just as easily speaking about his experiences at Temple Heights Christian High School (in Tampa), Division III Wabash College (the Little Giants!), Division II Lambuth (as a Hugh Freeze assistant) and FCS Drake.

In 2019, the program’s first eight-win season in 27 years ended with Indiana blowing a two-score lead against Tennessee in the final minutes.

“I don’t say this too much publicly because I don’t want it taken the wrong way,” Allen said, “but I almost felt like we weren’t ready to win that bowl game against Tennessee. We were the third-youngest team in the Big Ten a year ago. And I felt like we almost would have skipped some steps in the growth of a program to go to nine wins immediately.”

Penix started hot in 2019 (68% completion rate, 10 touchdown passes) before being knocked out for the season with a November shoulder injury. There was a lot of time to think while he rehabbed, part of the slow build.

As a high school junior, Penix committed to Butch Jones at Tennessee. When Jones was fired, Penix followed Nick Sheridan and Mike DeBord to Indiana. Sheridan had been a graduate assistant at Tennessee before Allen hired him as quarterbacks coach in 2017. Sheridan is now offensive coordinator. DeBord switched from Tennessee offensive coordinator to the same job an Indiana in 2017. He is currently an analyst at Michigan.

“From a right- vs. left-handed standpoint, we’re not super concerned about that,” Sheridan said. “We just want to make sure we have a good one. We think we do.”

All of it raises two questions: Can you imagine Tennessee with Penix right now? And when was the last time a top-10 team was a 20-point underdog?

“We do talk about ear muffs,” Allen said of the point spread. “I also understand reality.”

Brian Poole is out for season as Jets secondary shrinks

It starts with Devin Booker & Chris Paul, but it’s up to DeAndre Ayton

Pro Bowl will be contested on Madden NFL 21

PSG: Leonardo no longer wants Tuchel … but does not have the hand 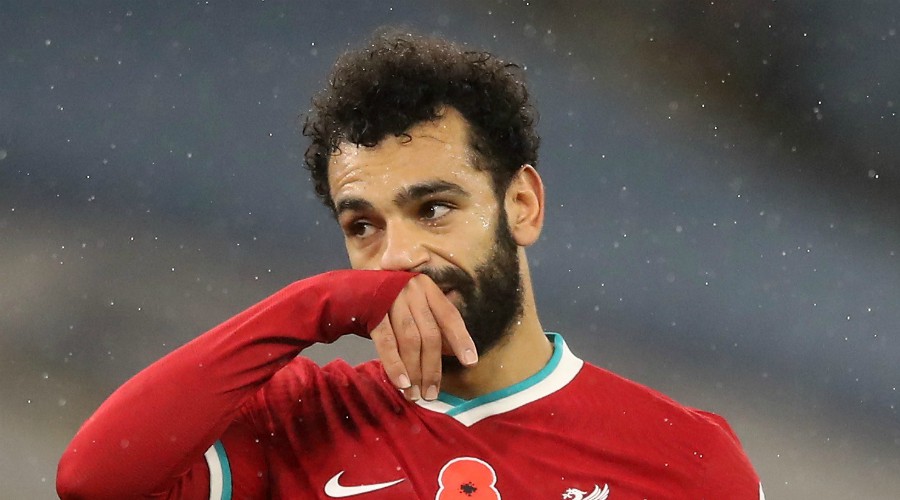 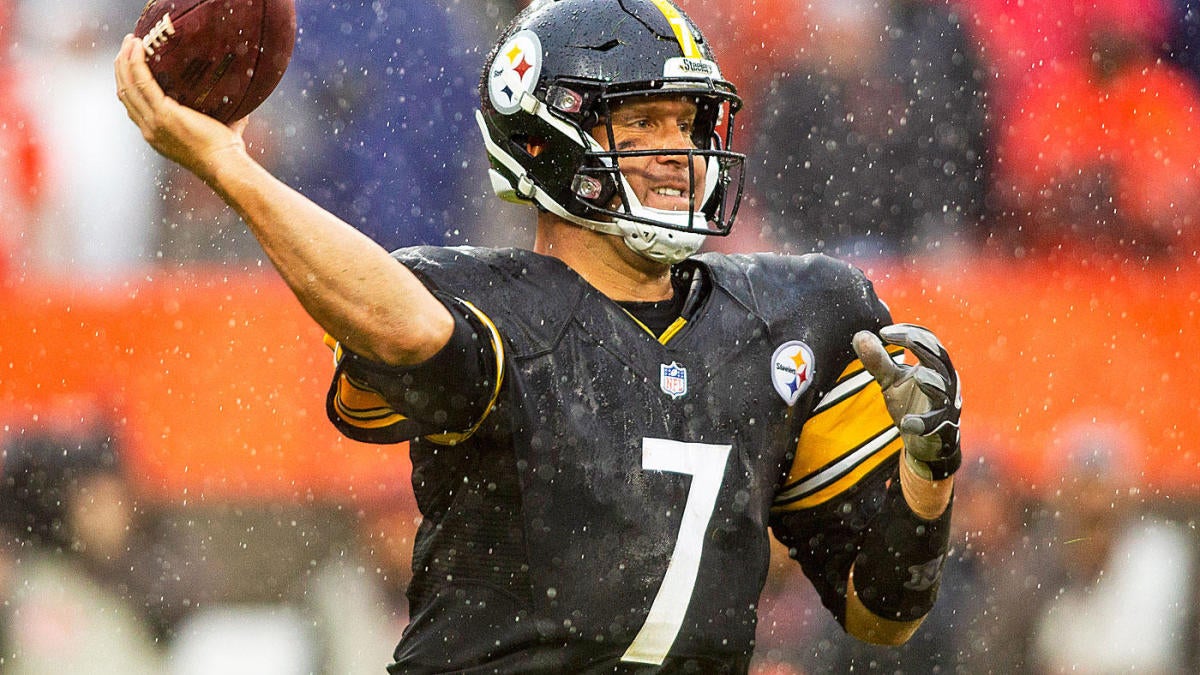 Football is an intrinsic part of Thanksgiving Day. Even during a pandemic, Thursday will feature three NFL games and a…

Fantasy football in 2020 requires patience, flexibility, and a whole lot of woooooosaaaah. The most dedicated and passionate managers get… PSG, a robbery to continue dreaming

Failing to shine, PSG remains alive in the Champions League after its success over Leipzig. Sufficient? Without violence or hatred,…