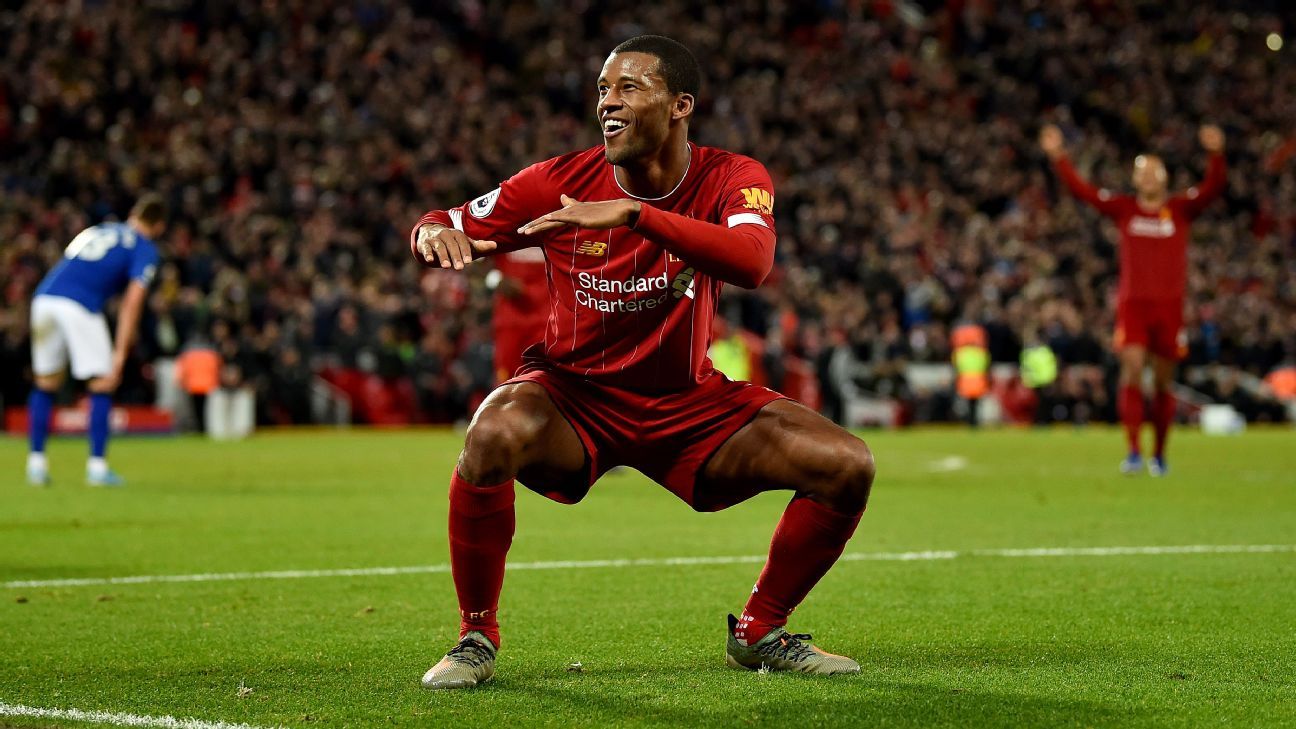 The coronavirus pandemic made the summer transfer market unlike any before it, but there were still plenty of deals done, and you can check out the major ones here. The window might be closed across the top leagues in Europe, but here are the best rumours from around the globe.

Barcelona aren’t the only club interested in adding Georginio Wijnaldum’s energy to their midfield, with Calciomercato reporting that Internazionale are also keen.

Wijnaldum is approaching a crossroads in his career. Recently having turned 30, he must decide whether or not he wants to stay at Liverpool, with whom he’s already won everything, or move on to a new club.

Wijnaldum has been offered a pay rise to stay at Liverpool, but Barcelona and now Inter are among those looking to tempt him away from Anfield.

Barca failed in their mission to sign the Dutchman in the summer and now Inter would like to take advantage and try their luck in January. Inter’s chief executive Giuseppe Marotta has requested information about the possibility of a move, though has not made an official proposal as yet.

Inter are currently looking at options involving their own midfielders including Christian Eriksen, Radja Nainggolan and Matias Vecino and, if they can sell one or more of them, they’ll be in a stronger position when it comes to making a bid for their targets.

The race to sign Red Bull Salzburg midfielder Dominik Szoboszlai is now between four clubs, according to the Daily Mail.

They believe that Bayern Munich and Real Madrid have joined Arsenal and AC Milan in the hunt for the 20-year-old.

The Hungary hotshot is a wanted commodity and Arsenal were thought to be leading the pack. However, the Mail has claimed other clubs are also interested, with Bayern Munich joining Real Madrid, the latter the result of Lothar Matthaus comparing Szoboszlai to Kai Havertz in a recent interview.

Madrid are looking to freshen up their midfield, while both AC Milan and Arsenal would welcome the player as an upgrade to their existing squads.

For their part, Bayern would be more of a long-term project for Szoboszlai, who plays for Hungary in a key Nations League match against Turkey on Wednesday.

Barca reveal four players up for sale in January

With Barcelona needing to raise funds before they can contemplate their own moves in the January transfer window, Spanish outlet Sport is reporting they’re willing to part with Junior Firpo, Samuel Umtiti, Matheus Fernandes and Martin Braithwaite.

Barca are looking to make two signings in January as well as promoting players from the club’s academy, but they need to bolster their transfer spending money.

Junior is the most advanced departure. He has had several offers from Italy, with Inter Milan and Napoli keen. He could cost either club around €20 million.

Umtiti would be welcome to a loan move. He was the subject of interest from several clubs in the summer but he didn’t seem keen to go at the time. Also, his salary was and could continue to be a stumbling block. Lyon and Roma are said to be monitoring his situation.

– Former Liverpool striker Fabio Borini could be handed a lifeline by Turkish club Goztepe, reports Turkish title Sari Kirmizi. Borini, aged 29, has been reportedly training alone in a car park in Merseyside since leaving Hellas Verona last summer. Yet now it looks as though he could be set for a return to action in Turkey if he can agree terms with the Super Lig club, who are currently mid-table.

– Miguel Almiron is ready to leave Newcastle United according to his agent, who has been interviewed by a radio station in Paraguay. The Newcastle Chronicle has featured the interview in full, and in it agent Daniel Campos says that a number of English clubs have expressed an interest in the Paraguay international. He believes June could be a realistic time for Almiron to move on.

– Saint-Etienne are in the market for new faces in January and L’Equipe believes they’re considering a move for Leicester City’s Islam Slimani. The Algerian has slipped down the pecking order at the King Power Stadium and he has played just 19 minutes this season.

Lowe: Why the Brooklyn Nets should trade for James Harden

Thiem ekes past Nadal in group play at ATP Finals

The Undertaker calls it quits: ‘It’s time for me to walk away’

Diego Maradona in hospital but condition not Covid-related, says doctor Tuchel before the “final” against Leipzig: “We need Kylian’s goals” 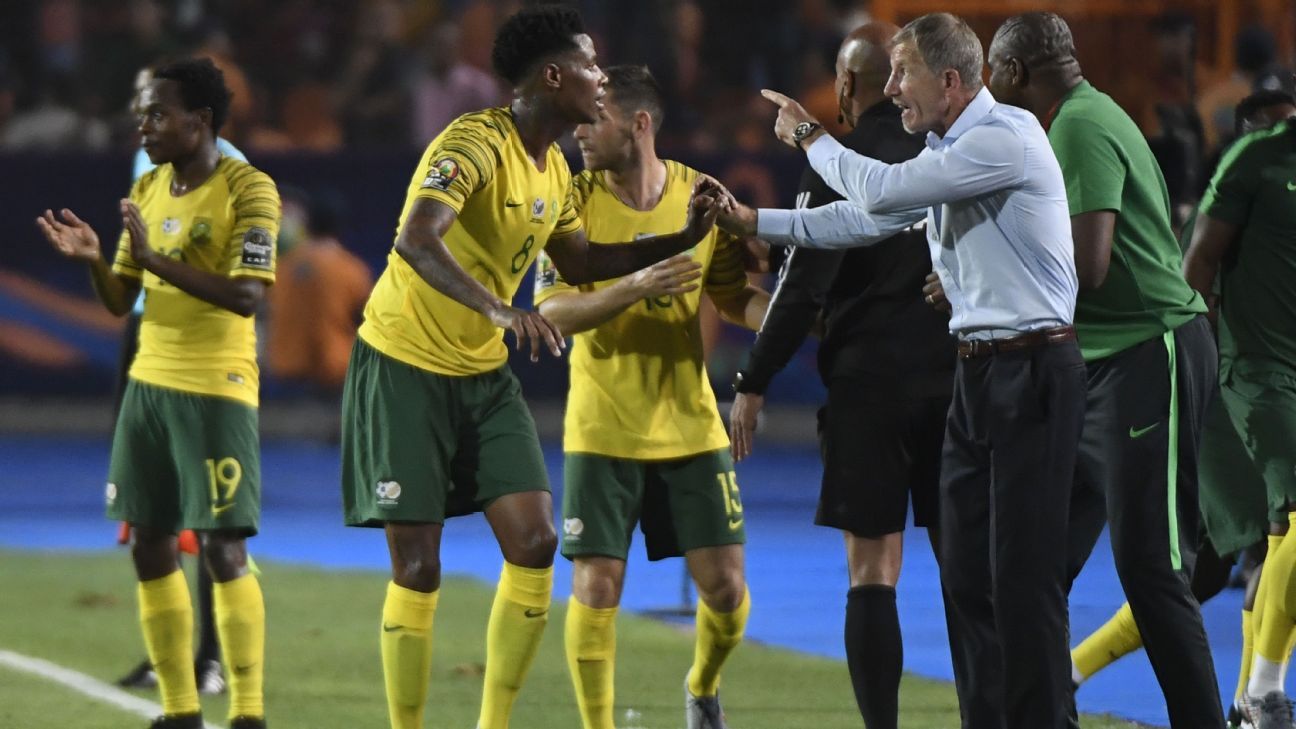 Indian Super League (ISL) club Odisha FC have made quite a few signings this summer, but none are as indicative… For its 50 years, PSG hands the pen to supporting authors

LE SCAN SPORT – To celebrate its half-century of existence, the capital club is releasing a reference book written by…

Stefano Pioli was working from home last week. A common experience for many people in 2020, but not a straightforward…