Home > Sport > News > Talking Points: Has Jasprit Bumrah got himself a bunny in Andre Russell? 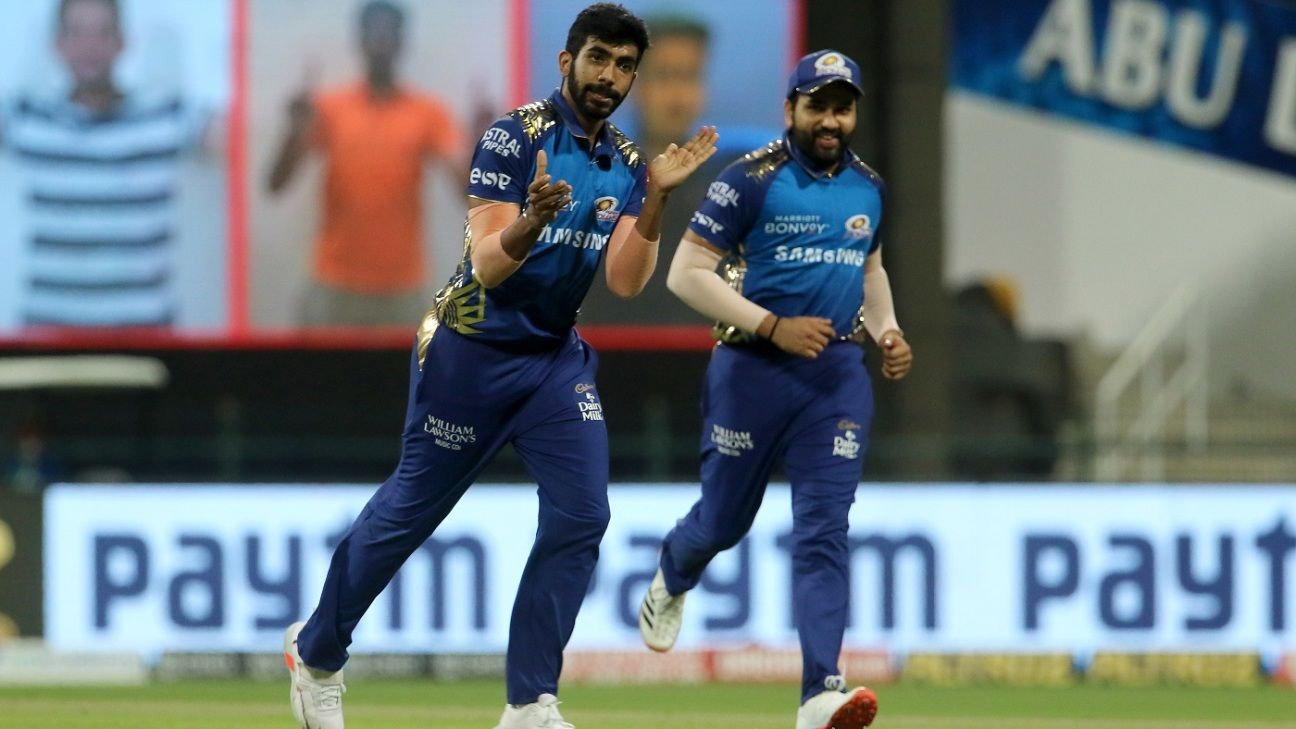 Talking Points: Has Jasprit Bumrah got himself a bunny in Andre Russell?

Talking Points from the IPL 2020 game between Mumbai Indians and Kolkata Knight Riders in Abu Dhabi.

Is Shubman Gill hurting the Knight Riders with his slow starts?

Simple answer, yes. Compared to other openers like Mayank Agarwal, Prithvi Shaw and Jos Buttler, Shubman Gill has gone at a snail’s pace this IPL. Though he has been the best batsman for the Kolkata Knight Riders in terms of runs scored, Gill’s strike rate is just 116.52, one of the poorest this IPL for a player who has played eight matches. Only Aaron Finch (113.69) has been in the same league.

Gill is at his slowest in the first six overs, where his strike rate of 112 is the lowest even within the Knight Riders top order. That said, Jonny Bairstow, Shane Watson, Aaron Finch and David Warner have all been equally slow in powerplays. The difference is that all of them have upped the tempo after that phase, while Gill hasn’t.

But it’s not just about Gill, his team management, too, needs to take responsibility. In eight matches, Gill has had to open with three different partners: Sunil Narine, Rahul Tripathi and Tom Banton. The role for these men was to attack while Gill could play the anchor’s role. Looking in from the outside, it hasn’t helped.

Rohit Sharma did not waste time asking his strike bowler Jasprit Bumrah to bowl the 11th over of the Knight Riders’ innings. The plan was to get the better of Andre Russell, who had just arrived at the crease – Bumrah has Russell’s number in their last exchange too, and did a repeat on the day.

Sharma is known for his attacking instincts. He knew he was taking a risk by asking Bumrah to bowl his second over, which would mean he would bowl at least one fewer during the death. And to begin with, it looked like Russell had come prepared. Bumrah pushed him back straightaway with a rib-tickler. Russell responded with a breath-taking square cut off a 140kph-plus delivery.

But Russell kept shuffling outside leg stump, aware that Bumrah would bowl the short-pitched delivery that would need to duck. That is exactly what Bumrah did and Russell was sucked into it, baking away and getting the edge through to Quinton de Kock. That’s 34 balls, 44 runs and three wickets now.

How have Mumbai Indians become so formidable?

The Mumbai Indians now have five wins in a row. The Royal Challengers Bangalore are the next best in terms of stringing together a sequence of wins this IPL, having won three in a row. Among the several factors that have helped Mumbai is the way they have kept their faith in their core team.

Nathan Coulter-Nile, who played today, was only their second change in eight matches – they have played 13 players so far, the fewest among the eight teams. They have not shuffled their batting order even at the cost of keeping Kieron Pollard waiting for his turn. Five Mumbai batsmen have at least one half-century to their names, and all of them have made at least 150 runs. Mumbai’s bowling has the right balance despite Hardik Pandya not bowling. Little wonder then Mumbai are back at the top.

Are Kolkata Knight Riders experimenting with their batting order too much?

The Knight Riders have been completely unstable with their sequence of batsmen, and there is very little clarity in terms of roles for their key batsmen. Dinesh Karthik has played the finisher one day, walked out at No. 3 and No. 4 on other days, and faltered more than once. Rahul Tripathi started in the lower order, was asked to open and did well, then was told to finish the innings, and asked to open again today. Like a good soldier, Tripathi has carried out his duties with a helpless smile. But it hasn’t worked. And Russell was meant to take care of the back-end of the innings, but has played in the middle order a couple of times. The change in captaincy might not help this kind of decision-making.

Van Aert, Roglic, Pogacar … “We can see that there is something …”

Rashid Khan: Players ‘who can enjoy the most and keep mentally fresh’ will be successful 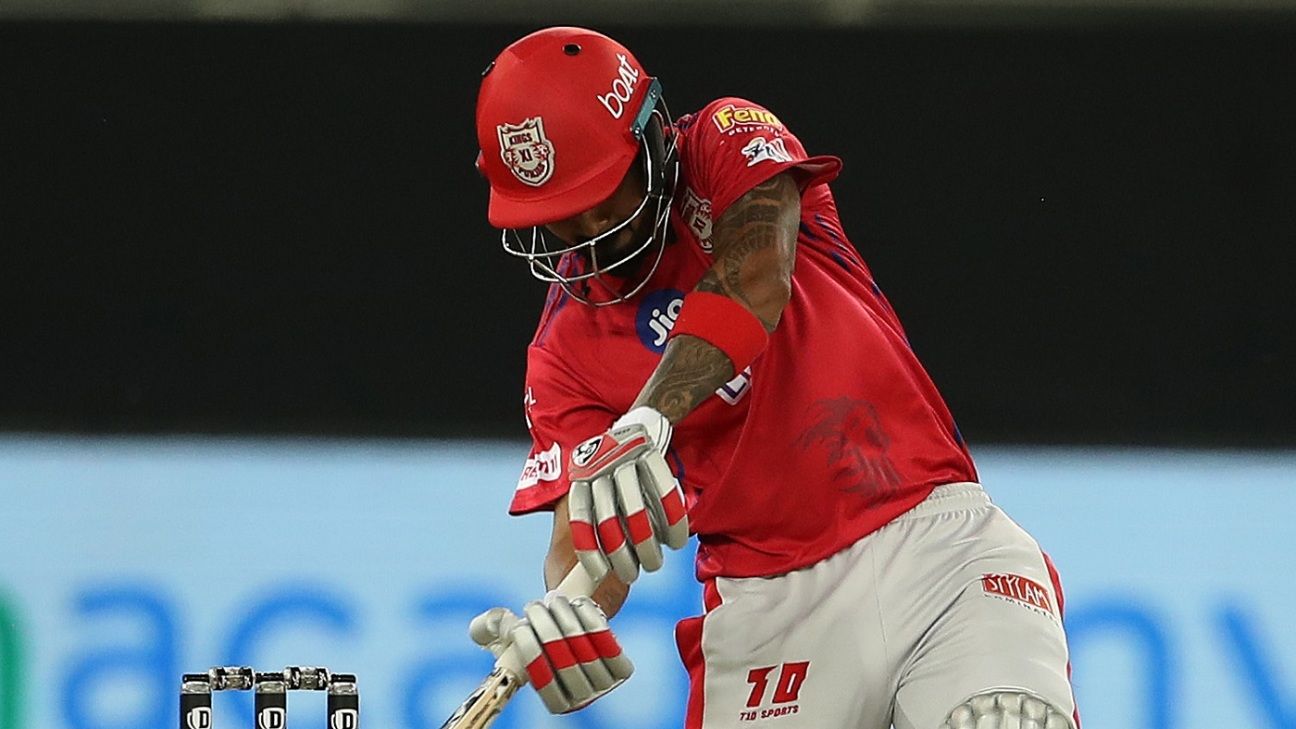 5:22 AM IST Alagappan Muthu KL Rahul batting within himself is like a rainbow with only three colours. It’s nice…

This is the player that PSG should be wary of

Since his arrival at Manchester United, Bruno Fernandes has panicked the counters. If he missed a penalty, on Saturday, on…