Talking Points from the IPL 2020 game between the Royal Challengers Bangalore and the Kings XI Punjab in Sharjah.

Why did RCB promote Sundar and Dube above de Villiers?

Both Sundar and Dube bat left-handed, and the Kings XI had two legspinners in their attack. It’s a widely-used ploy to match up batsmen against spinners who turn the ball into them.

At the presentation ceremony, Virat Kohli said the match-ups were the reason behind the batting-order shuffle. Sundar and Dube made 36 off 33 balls between them, and of those 33 balls, 12 were bowled by the offspinner Glenn Maxwell, the Kings XI’s sixth bowler. Those 12 balls brought the Kings XI only 14 runs.

By the time de Villiers came out to bat, only 4.1 overs remained in the Royal Challengers innings. He had no time to get his eye in, unlike during his 73 not out off 33 balls against the Kolkata Knight Riders in the last game where he’d scored 10 off his first 11 balls before launching his onslaught. He was dismissed for 2 off 5 today.

Every decision, as Kohli said, comes with the risk of it not coming off, but was the left-handedness of Sundar and Dube enough of a reason to promote them above one of the world’s finest T20 batsmen? The data suggests it wasn’t.

Since the start of 2019 until today, de Villiers had averaged 52.50 against legspin in all T20s while striking at 135.77. Sundar averaged 50.00 and boasted a strike rate of 172.41, but his sample size against legspin (29 balls) was far smaller than de Villiers’ (232). Dube, meanwhile, had scored just 28 runs off 28 balls against legspin in this period, while being dismissed five times. Did the Royal Challengers fail to look deeper into the match-up than merely assuming the left-handers would be at an advantage?

Before today, Chris Gayle had opened in all but two of his 124 IPL innings. KL Rahul and Mayank Agarwal, however, had put on 30 or more in all but one of the Kings XI’s previous seven games this season, carrying on past 50 four times and past 100 twice. It would have been a difficult decision to break up that pair just to accommodate Gayle, considering it was one of the few areas of their game that was working well. Gayle, moreover, is 41 and hadn’t played any serious cricket since January.

Gayle struggled initially, and at one point was batting on 7 off 15 balls, which built a bit of run-rate pressure on the Kings XI after their openers had pushed them above the required rate with a partnership of 78 in 48 balls.

Like the decision to hold de Villiers back, this one could also have gone either way. Gayle’s experience and almost unparalleled six-hitting ability, however, ensured he never let the required rate climb too high.

Why did Sundar not bowl in the powerplay?

Among those who’ve sent down at least 15 balls in the powerplay this season, Sundar has the best economy rate (4.54). Today, though, the Royal Challengers only brought him on in the ninth over, after they had broken the Kings XI’s opening partnership.

The reason, once again, was match-ups. Both Rahul and Agarwal bat right-handed, and the Royal Challengers wanted their offspinner to bowl to the left-handed Gayle. But more specifically, Gayle has often struggled against the specific style of offspin Sundar delivers – angled into the left-hander from round the wicket, pitching just short of a length, cramping him for room.

When Gayle struggled to 7 off 15, it looked like the Royal Challengers had pulled off an excellent move. Gayle, though, went on to defy that match-up, hitting four sixes in Sundar’s last two overs.

The first two sixes came when Sundar erred in length. The last two were Gayle specials. Sundar is renowned for hitting a length that’s too short to comfortably sweep or loft, and too full to comfortably pull, and he hit exactly that length both times, but Gayle simply opened up at the hip and swung him over long-on with a shot that fell somewhere between lofted drive and pull. Chalk that to the genius of Gayle.

Should Kohli bat with more freedom?

In his last match, Kohli hit just one boundary (an edged four) in 28 balls. Today he hit three fours in his first seven balls, within the powerplay, but didn’t hit another boundary while scoring 48 off 39 balls. Part of the reason was that he wasn’t at his most fluent, and mis-hit the ball on a few occasions when he tried to go after the bowling, but part of the reason was also down to his approach – he was happy to knock the ball around for singles in the middle overs, and only really started attempting bigger hits after the 15th over.

It’s how he always bats, and the same approach brought him an unbeaten 90 off 52 balls against the Chennai Super Kings. But the late acceleration that he’s capable of may not always come off. And while there have been times in the past when the Royal Challengers haven’t had a deep enough batting line-up for Kohli to be able to go after the bowling earlier, they perhaps do now.

Before today, Chris Morris hadn’t yet batted this season, and Isuru Udana just once in five games. Today, Morris smacked 25* off 8, and Udana 10* off 5. Perhaps their combined slog-overs display should allow Kohli to let go of the handbrake in future games.

The L.A. Rams Are Running Their Way Back Into Contention

‘Real baseball’ or not, MLB’s new extra-inning format is working out well for Dodgers 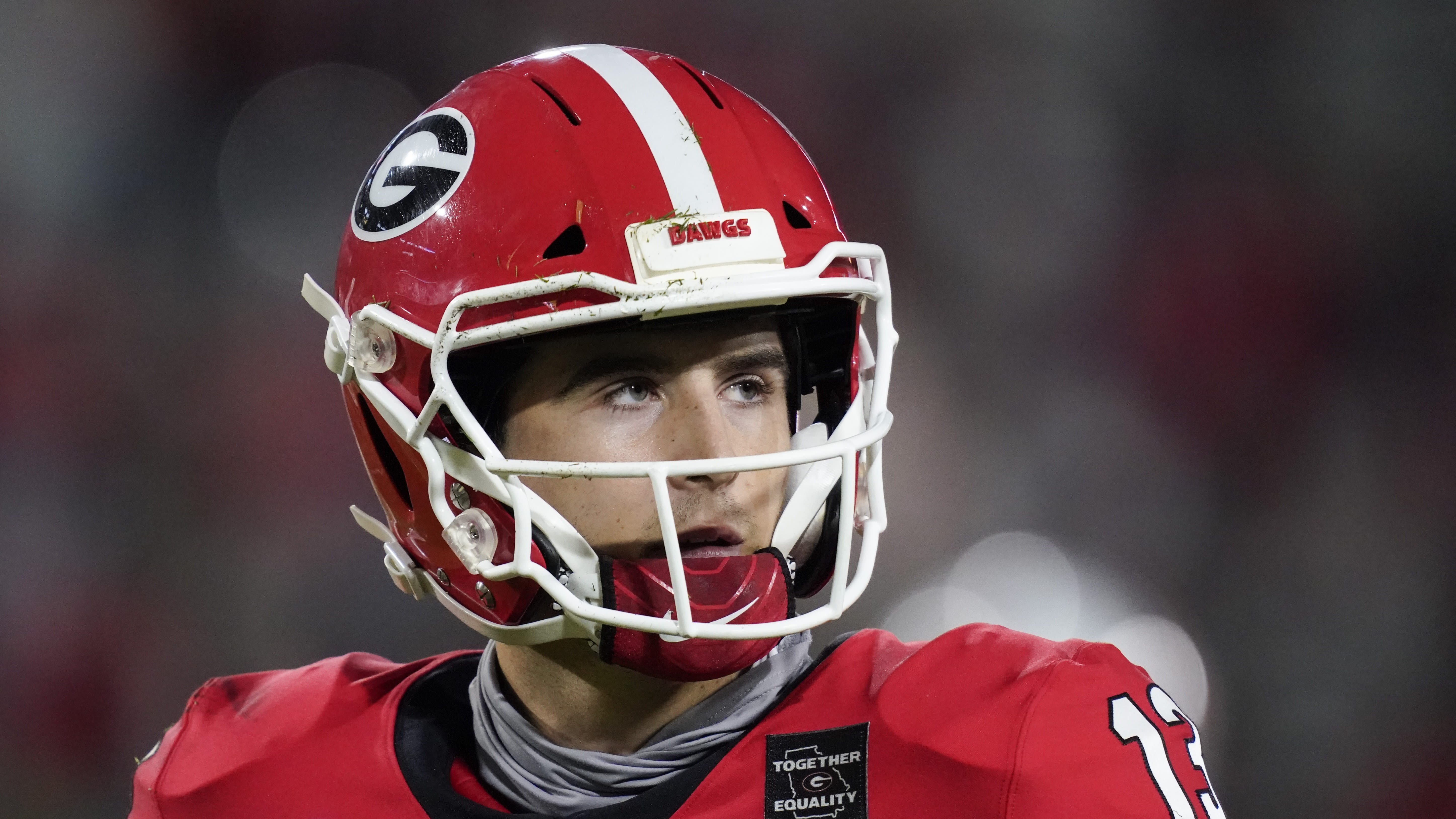 Monday measure: Should Georgia think about a quarterback change?

It wouldn’t be fair to completely blame Georgia’s loss to Alabama on Saturday night on quarterback Stetson Bennett. But Bennett’s… 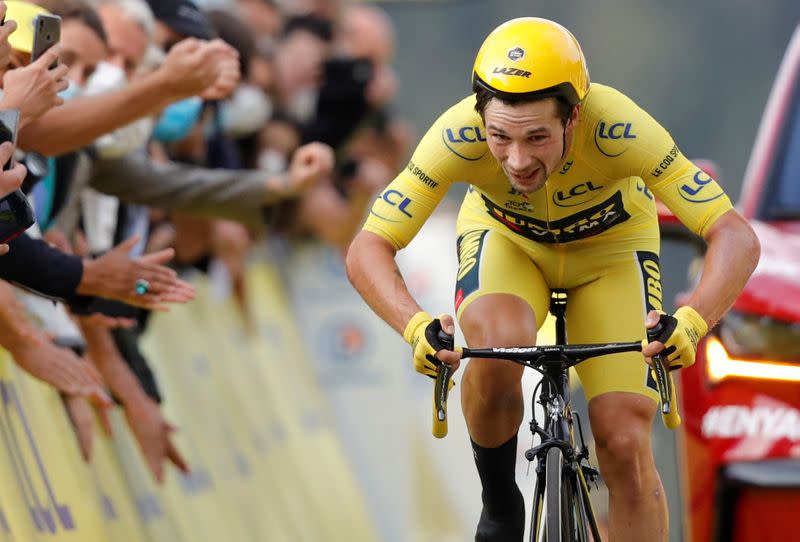 In Tampa Bay, a Plan Just Might Be Coming Together

So maybe — maybe, maybe, maybe — this is how the Tampa Bay Buccaneers’ thrust into N.F.C. contention begins. Maybe…

Injured during his selection, Marco Verratti will miss the next three weeks. The transalpine midfielder will therefore miss the first…