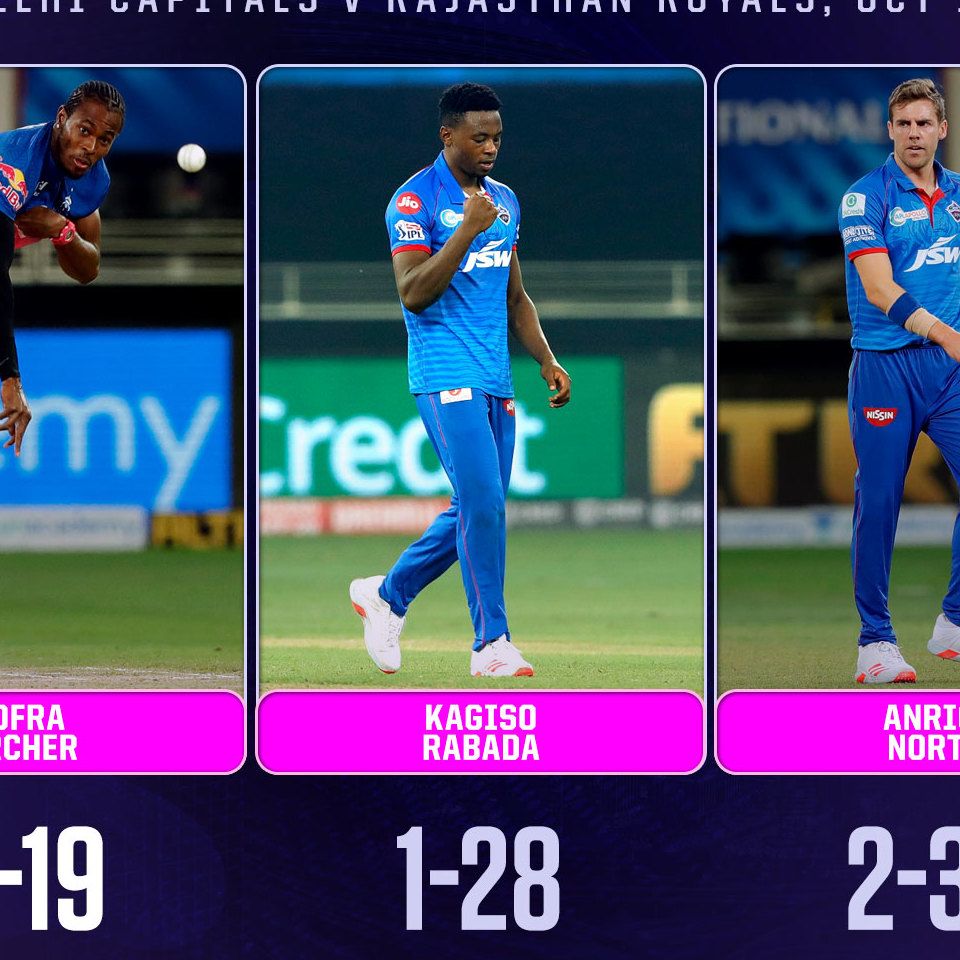 Jofra Archer is feeling it. He doesn’t have the ball in hand yet. He’s not even on the field. But he has the smile of a teenager who had just discovered how to turn off parental controls on the TV. And he’s dancing.

Being a fast bowler is fun.

Archer has pace that pokes holes into the laws of physics. A run up that’s sometimes only a dawdle shouldn’t produce speeds that petrify the batsman, but everywhere he goes and whomever he faces, he continues to do just that.

At some point, maybe in the three days off he probably gets every season, he should let the world’s scientists take him apart so we can all finally and fully understand his extraordinary physical abilities.

Archer was unplayable from the very first ball he bowled in Rajasthan Royals’ game against Delhi Capitals in Dubai. He made Ajinkya Rahane shrivel away from a bouncer. That was 147 kph. He took him out too and the new guy had to face 151 kph.

This was fast bowling in its purest form. Archer was operating at a level so far above the opposition. No one could touch him. They didn’t even dare, really. That is the majesty of pace. And this game was all about it.

Anrich Nortje looks every bit the speedster. Big biceps. Broad shoulders. Long run up. But Jos Buttler doesn’t seem fussed. He calmly gets into his stance, crouches a bit as the ball is about to be delivered, plants his front leg down the pitch because it’s full and swings it for six. That was 148 kph and hitting it out of the park was a statement.

This game was being played on a used pitch. Slower balls were bound to stick in it. A very useful advantage against a batsman like Buttler, who likes it coming onto the bat. There was logic in a change of course. But that involves a fast bowler admitting a little bit of defeat; that he can’t overpower his enemy. Nortje wasn’t ready for that.

So he cranked it up to 156 kph. That, btw, is only five clicks slower than the world record.

Buttler met it with one of his scoops. It doesn’t even matter that it went for four. The simple fact that he thought he could play that ball with less than a full bat was bonkers. Some players really do live to face heavy metal bowling like this. It is a morbid thrill; the thought that they can take em down.

Nortje knew he had a problem. “First ball, I didn’t expect him to go. I didn’t expect the scoop either.” But he didn’t waver. He ran in again, gathering speed. This one was 155 kph and like the guitar solo from The One it had a bone-chilling effect.

“Maybe he was expecting something else,” Nortje said at the presentation. “Maybe a short ball or the slower slower but I just thought I’d stick to my strengths and at the end it paid off.”

All of this leaves Kagiso Rabada in a bit of a situation. IPL 2020’s highest wicket-taker is, officially, the slower of the Capitals’ two speed demons.

“It looks like it [Nortje hits 156 kph] every game. I’m really happy for him. I’m not that happy for the batter,” he told Star Sports. “Maybe now when we have a drink when we get back to the hotel, he’ll sneak a cheeky one past. But when we’re playing, we’re just thinking about the delivery. Not the speed gun.”

Still, if you can summon the kind of pace that Archer, Rabada and Nortje do, you don’t take a backwards step. You just stand at the top of your mark. Run in as hard as you can. Savour the wind in your hair. Make a note of the silly things you make the batsman do for when you tell the story later. Get into your delivery stride. And. Just. Go. Whang.

Fast bowlers like that attain nirvana on a cricket field. And the whole world gets high watching them.

Swimmer suspended until 2021 after having affair

Bruno Fernandes has promised there is plenty more to come from him in a Manchester United shirt, despite the remarkable… 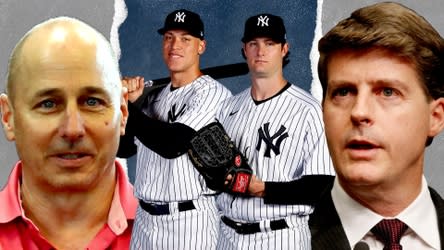 Analyzing the Yankees’ payroll situation for 2021 and beyond

The Yankees head into another offseason looking to bolster their roster to get back into the World Series. They had…

C1 – Return on a final: the coronation of Bayern against PSG in 2020

VIDEO – As the group stage of the 2020-2021 Champions League begins this week, Sport24-Le Figaro takes you back to…

Where does Vasiliy Lomachenko go from here?

LAS VEGAS — If you knew of Vasiliy Lomachenko’s pedigree, and his history, and his mind for boxing, you kept…