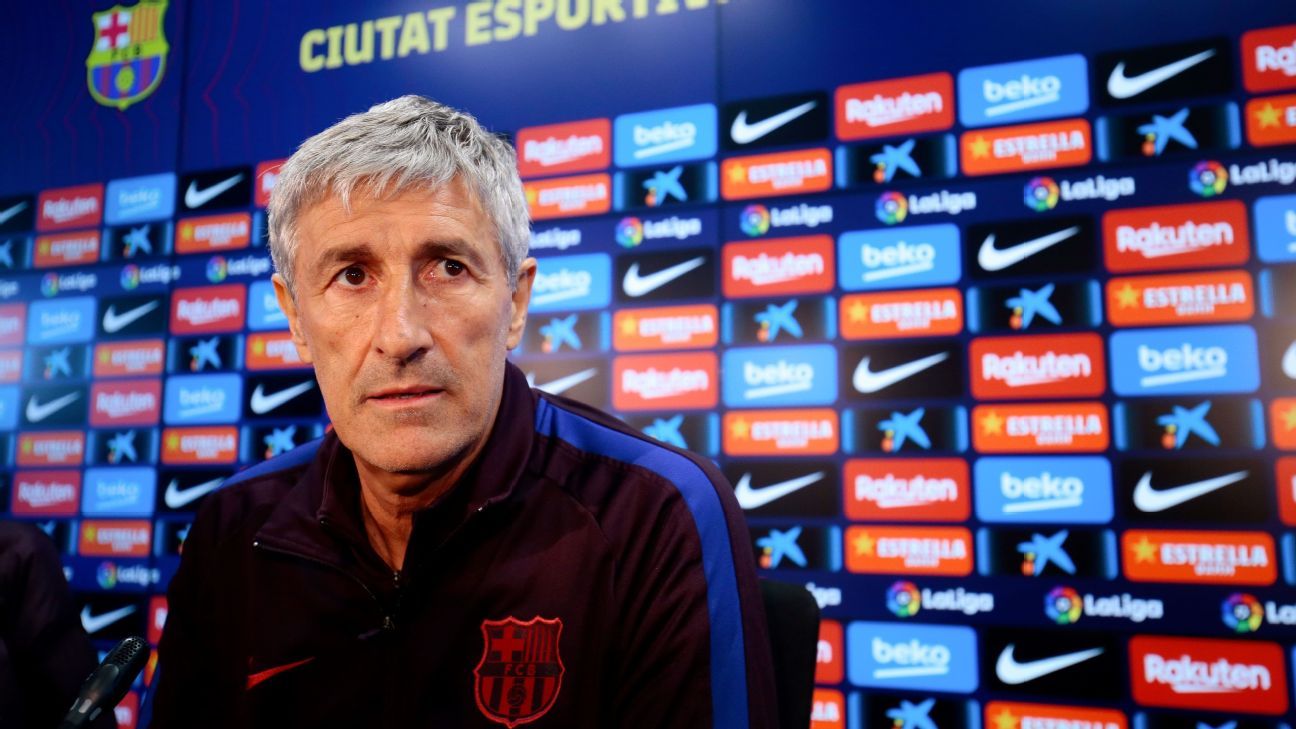 Former Barcelona coach Quique Setien announced on Thursday he is suing the club for failing to fulfill the terms of his contract after being dismissed last month.

– Stream LIVE games and replays on ESPN+ (U.S. only)

The club appointed Ronald Koeman as his successor.

Setien signed a contract with Barca until June 2022 but there was a clause included in the deal that would have allowed the club to end the deal next summer.

A document signed by Setien and three of his assistants said the club had not complied with their employment contracts.

“In my case, Quique Setien, it is public and well-known that on August 17 both the club and the president announced my dismissal with immediate effect,” the statement said. “After a month of absolute silence from Barcelona’s board of directors, and after diverse demands on our behalf, we did not receive any communication from the club until receiving a letter yesterday via burofax [recorded delivery].

“The letter revealed the clear intention from the club to not comply with contracts we signed on Jan. 14, 2020.

“Given everything expressed above, we have felt the need for our lawyers to find a solution to this conflict and take the corresponding legal action, in order to preserve our rights and everything we had previously agreed with Barcelona.”

Barca have to settle Setien’s contract in order to register Koeman as coach for the 2020-21 campaign.

The Catalan giants begin the season at home to Villarreal on Sept. 27.

Covid-19: Nice-Paris SG will be played behind closed doors

Barca won’t give Messi a gift

Depay, a clue to his future

Tops / Flops PSG-OM: Mandanda as a hero, Paris has lost its head