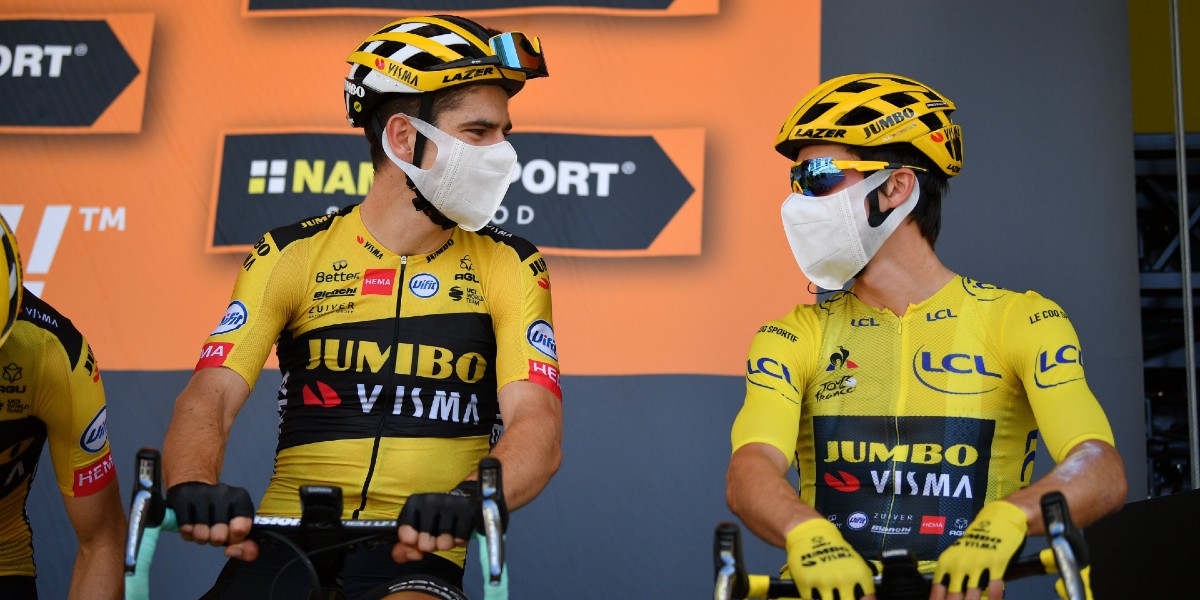 Van Aert, Roglic, Pogacar … “We can see that there is something …”

The show of force of the Jumbo-Visma team and the domination of the Slovenes Primoz Roglic and Tadej Pogacar… This is difficult to pass with Romain Feillu, who openly wonders…

Retired this season, Romain Feillu is not missing anything from the 2020 edition of the Tour de France. And on Twitter, the former yellow jersey of the Grande Boucle (in 2008) did not hesitate to display his doubts about the performance of leaders, the Jumbo-Visma of Primoz Roglic, who perform every day a show of force.

FLYING ELEPHANTS ARE NOT NEW !!!

YOU JUST HAVE TO BELIEVE

“Those who know the bike know very well that this is not normal, develops Romain Feillu in the columns of Ouest-France. A boy like Wout Van Aert, a puncher, a sprinter, is also able to ride over passes for several minutes and blow up all the climbers very far from the finish and keep riding. There is something wrong. Even Chris Froome was not as extraordinary as Wout Van Aert! There, we can see that there is something … “

This thing, no need to name it, everyone understood. And according to Feillu, the superiority of Jumbo-Visma is reminiscent of rather dark hours on the Tour. “Looking back, I know very well that when a team dominates a race at this point, there is something behind… I remember the US Postal, the CSC with Cancellara and O’Grady in the collars… ”, says the one who knew the pelotons between 2005 and 2019.

Feillu only has doubts and guesses. But he’s pretty sure of himself. “In the past we also had no proof”, he recalls, in reference to the Lance Armstrong era. “In cycling, there is no such thing as luck, that’s why I think there is eel under the rock …”, adds Brice Feillu’s brother.

“The Slovenes? Already, among young people, they had very suspicious performances… ”

The words of the former Vacansoleil team rider may annoy more than one. But Feillu wanted to bring up the subject. “I have no interest in saying that, my career is behind me, I’m not going to win a race anymore if these guys don’t do what they do anymore, he explains. But I would like people to open their eyes. Especially since it bothers me when we say that the French are not at the level, etc. We, finally from what I know, we respect the rules of the game. “

And if Tour does not really smile on the French riders, it should dedicate a new cycling country, Slovenia, which occupies the first two places with the impressive Primoz Roglic and Tadej Pogacar. Which makes Feillu doubtful. “We know that it is a small country of two million inhabitants, which has not had a huge track record on the Tour, and which suddenly manages to place two riders in the first two places of the Tour! We must also remember the recent doping past of this country. Borut Bozic, Grega Bole, who was a friend though, but there you go… I don’t think they had the same education as us. Already, among the young people, they had very suspicious performances… Of course, they are good runners, I am not saying that they are null, but here it is… ”

Guingamp in the midst of a crisis

The Islanders’ Goalie Entered With a Shutout Streak. He Left on the Bench.

Roy Jones Jr. says he may have made a mistake in taking exhibition boxing match against Mike Tyson