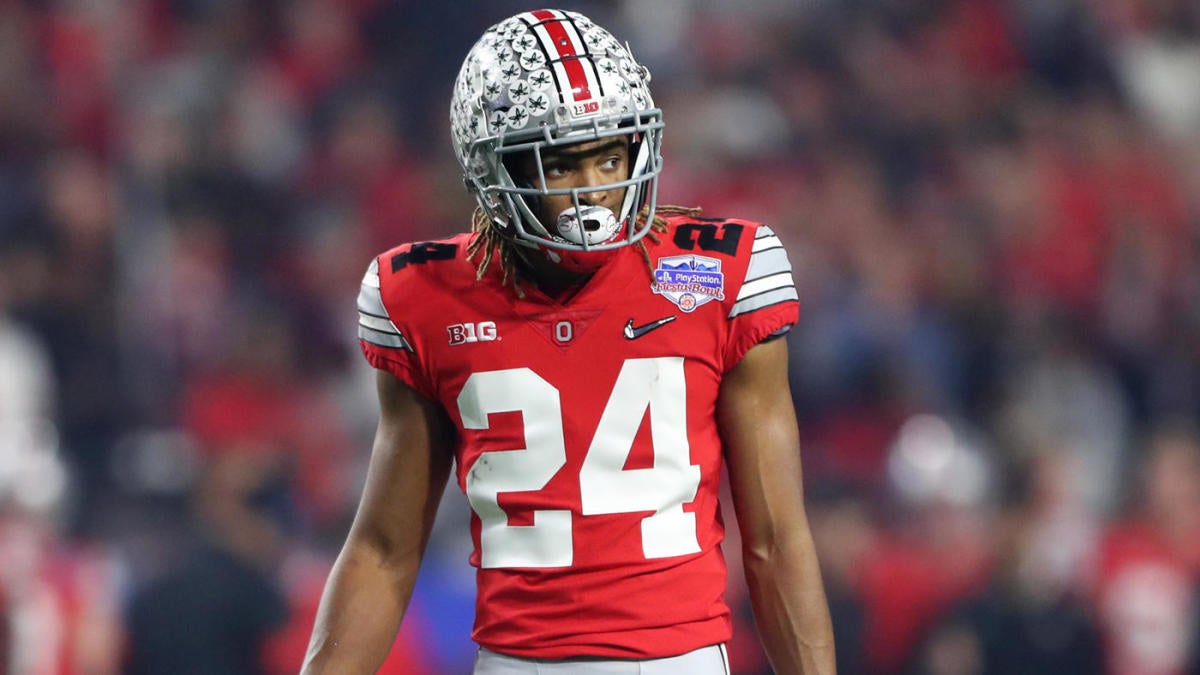 It didn’t take long for one Big Ten program to get some good news about its roster following Wednesday’s announcement that the league will stage a fall football season after all. Penn State tight end Pat Freiermuth, a potential first-round pick in the 2021 NFL Draft, clarified on Big Ten Network that he plans to play for Penn State this season after reports circulated that he planned to opt out of the season.

Now attention will turn to Ohio State and its pair of stars who opted out over the past week in offensive lineman Wyatt Davis and cornerback Shaun Wade. Both players are considered potential first-round picks in the 2021 draft, and Ohio State coach Ryan Day left the door open on Wednesday for both to return to the Buckeyes.

Wade told ESPN Wednesday that “I haven’t decided” and added that he has an agent but “hasn’t signed nothing.”

Players who have signed with agents can go through the student-athlete reinstatement process to try and regain their eligibility, according to ESPN’s Tom VanHaaren. But it’s unclear whether Wade or Davis have signed with agents or would be interested in returning to college football now that a plan for the Big Ten’s season is in place.

Davis announced on Sept. 11 that he planned to begin preparing for the draft and Davis made a similar announcement on Sept. 14. At the time of their decisions, uncertainty remained over whether the Big Ten would resurrect its season.

“In communication with both of those guys and their families, they wanted to play,” Day said. “At the time, the information that they had, we weren’t playing the season. Now that’s changed. I think this is a very, very unique time in our country’s history and certainly in college football. So if they want to play, I believe one-thousand percent they should be allowed the opportunity to play. Now this all just came out fast, and it’s happening and moving quickly. So we’ll kind of let them digest and see in the conversations they’re having with their families what they want to do. Then we’ll go from there.”

Davis and Wade aren’t the only Big Ten stars who could theoretically opt back in to the season. Purdue coach Jeff Brohm said Wednesday he plans to look into talking with star receiver Rondale Moore, who opted out of the season in early August before the Big Ten’s announcement that it planned to cancel the fall season.

There is a growing precedent of college football players opting back into the season after initially opting out. LSU defensive lineman Neil Farrell confirmed Monday that he does plan to play for the Tigers this season after he opted out in August.

While Penn State received good news about Freiermuth on Wednesday, Franklin didn’t express much optimism about getting Micah Parsons to do the same. The likely first-round pick announced in early August that he planned to skip his junior season to prepare for the draft.

“I’ll reach out and have some fun with Micah,” Franklin said. “The thing I think has been great about our guys and our process is Micah was very communicative the whole time. We had a lot of conversations about it with Micah and his family and what he wanted to do and we were unbelievably supportive.”

Below is the complete list of players from Big Ten programs that have announced a decision to opt out.

Big Ten players who have opted out (21)

Smart Stats: Lungi Ngidi's super spell for CSK, and Chris Gayle's 175 not out

PSG with the same team against OM?

To towel or not to towel? That is the 2020 US Open question

Steven Stamkos scored on his first shot since February, left with injury and the Tampa Bay Lightning kept dominating without…

But Fried lasted only one inning, tweaking an ankle while fielding a bunt down the third-base line by Starling Marte….

College football schedule 2020: The 21 games already postponed or canceled due to COVID-19

Getty Images With COVID-19 still raging across the country, it was long expected that college football games would wind up…