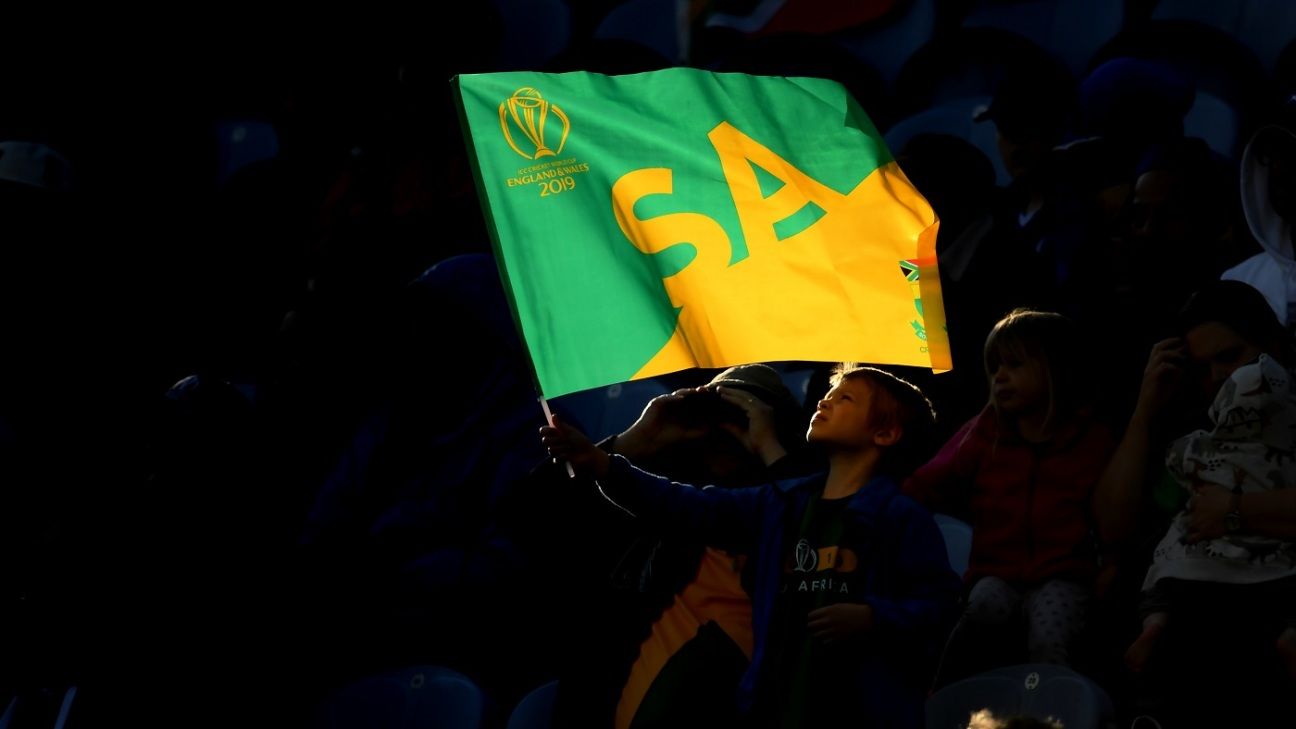 Cricket South Africa’s Members Council has referred independent board director Dr Eugenia Kula-Ameyaw to its social and ethics committee following a late night tweet against the financial services company Momentum, which announced it would not renew their ODI sponsorship deal. CSA have also apologised to Momentum for the Kula-Ameyaw’s conduct.

The tweet, which was posted at 11:35pm on Tuesday and has since been deleted, appeared to remind Momentum of the money that CSA and other South Africans, including government, invest in the company and raised questions about its transformation record.

“Momentum forgets that we invest hundreds of million in Momentum in our SOE (State-Owned Enterprises) investments and pension funds. I remember asking for the BBBEE (Broad-Based Black Economic Empowerment) certificate in my other board. Just check before you make an irrational decision.”

CSA called the tweet “unfortunate and unwarranted,” “distanced itself,” from its contents, and “sincerely apologised,” to Momentum. “We thank Momentum for the substantial contributions they have made towards cricket upliftment and the milestones we achieved through their sponsorship and we assure them, that we will continue to build on the successes to grow and develop the game of cricket even further,” Beresford Williams, CSA’s acting president said.

Momentum is a financial services company that offers insurance, investments and healthcare products and it has been a CSA sponsor since 2012. It will cease its backing for ODI cricket, the domestic one-day cup and several development initiatives once its contract comes to an end in April 2021, citing concerns with “the current state of affairs at CSA regarding governance and other reputational issues,” according to Carel Bosman, head of sponsorships at Momentum. However, Momentum will continue to back the national women’s team until 2023.

In a televised interview with news network eNCA, Bosman explained that the company sees it as their responsibility to continue to ask questions of CSA “There are matters that are concerning at Cricket SA and as a partner to Cricket SA we have to keep them accountable”. eNCA tweeted a clip of the interview and Kula-Ameyaw replied to it with the now-deleted tweet. She then replied to another user Dean Koen, who suggested all sponsorships should be withdrawn and that cricket should be about the players.

I agree fully with you on that core group which is players.Without players there is no https://t.co/7cTJLQ8ub2 missing the point that Momentum gets business from the players, fans, citizens.I was happy that they fund the Women’s team though it’s not transformation but marketing

The reference to transformation is key because Kula-Ameyaw is also CSA’s transformation chair and it is under her ambit that the organisation’s Social Justice and Nation-Building committee is being run. She has been critical of the slow pace of transformation and appears to also suggest Momentum is not representative. Momentum, like all other companies in South Africa, is required by law to be compliant with the BBBEE Act, an affirmative action policy which Kula-Ameyaw mentioned in her deleted tweet.

CSA said that Kula-Ameyaw made her points in “her personal capacity,” and does not reflect the organisation “CSA wishes to reiterate that Dr Eugenia Kula-Ameyaw did not act in her professional position as a non-executive board member of CSA,” Williams said. “While we respect the personal views of all South Africans, CSA wishes to distance itself from the articulations made by Dr Kula-Ameyaw on Twitter. We further wish to reiterate that CSA does not ascribe to the views expressed regarding Momentum and we sincerely value the benefits Momentum and all our sponsors bring in making cricket accessible and inclusive for all South Africans”

Kula-Ameyaw will now have to appear before CSA’s Social and Ethics committee, of which she is a member, and may face disciplinary action. “CSA is taking this matter very seriously and in light of the reputational damage potentially caused, CSA’s Members’ Council has referred the matter to the Social and Ethics Committee and once all internal processes have been completed, the necessary corrective action will be taken,” a CSA statement read. “As part of its ongoing efforts to improve the reputation of Cricket South Africa, the organisation’s management will be re-educating all its internal stakeholders on better understanding its Social Media Policy and to ensure employees across all levels understand the value afforded by sponsors and supporters.”

Neil Warnock has coronavirus and will miss Middlesbrough’s next match

Athlete power: ‘Shut up and play’ is tossed from the game

Fundraising goes on as Leah Still at 5 years cancer free

Leah Still planned to celebrate five years cancer free with a dinner at her favorite steakhouse. The 10-year-old daughter of…

Miami has a new Herro!

At just 20 years old, Tyler Herro was the great architect of the Heat’s new victory over the Celtics (112-109)…