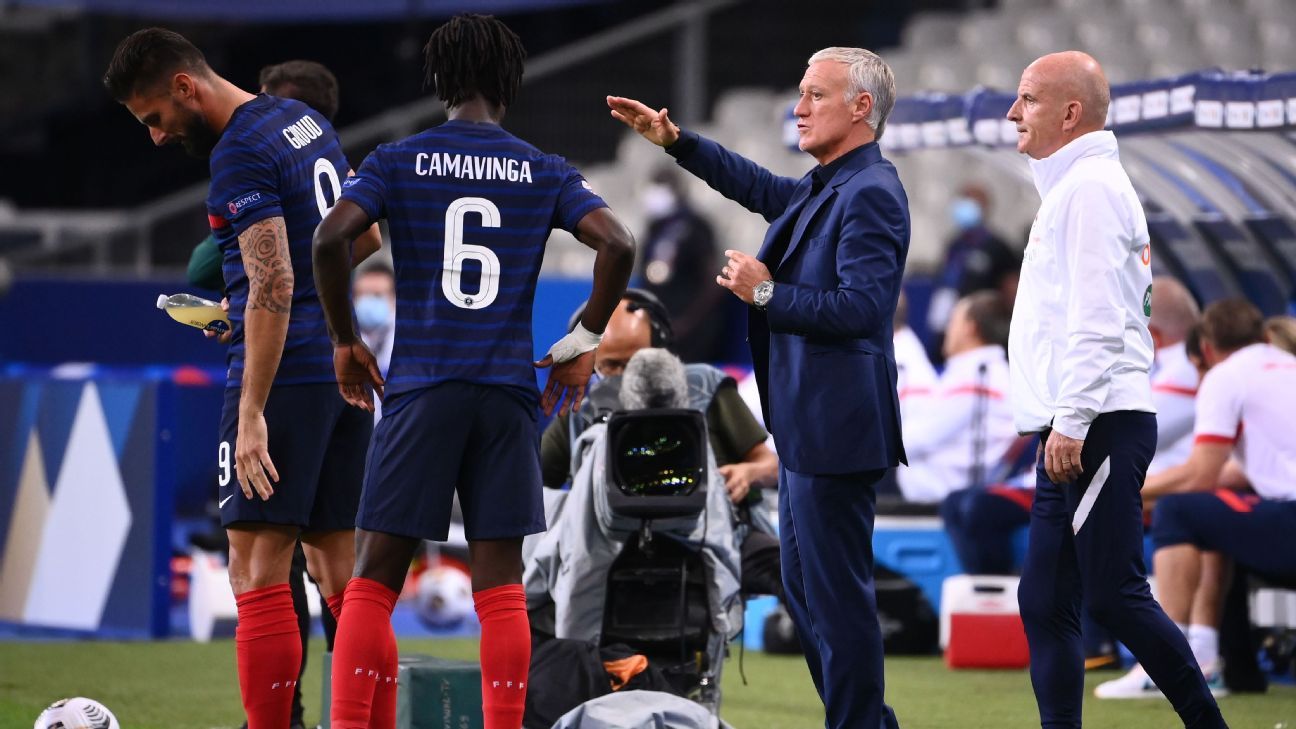 In these extraordinary times, the coronavirus is fully part of football. A lot of things can change after one or two positive tests.

Without the virus, Kylian Mbappe would not have missed France’s underwhelming 4-2 win against Croatia on Tuesday — the same score as in the World Cup final in Moscow in July 2018. The Paris Saint-Germain star was the difference in France’s 1-0 win over Sweden on Saturday, scoring a brilliant solo goal that contrasted heavily with a poor collective attacking performance that night.

Without the virus, Paul Pogba would have played against Sweden last weekend and probably in Tuesday’s World Cup final rematch, likely adding the creativity and momentum that was missing from France in both games.

Without the virus, Eduardo Camavinga would not have been called up by Didier Deschamps. He was picked to replace Pogba and Tanguy Ndombele, who also tested positive. Camavinga stayed on the bench in Scandinavia but showed his incredible potential in the last 30 minutes against Croatia. At 17 years, 303 days, the Rennes prodigy became the youngest player since February 1914 to make his debut for the national team.

Camavinga is such an incredible talent, and when he came on, he changed the game. He brought so much to the team with his drive, his impact in midfield, his technical ability; not yet 18 he is so mature and so complete already.

Without the virus, it could have been a very different picture right now for France. But it is not.

That’s because, despite the virus, some things don’t change for France.

As Deschamps put it after the game, his team still needs to be “in a difficult patch” before reacting. They were beaten in the one-on-one duels early on by Sweden before finding a way to win. On Tuesday, they were second best for 40 minutes against Croatia before responding with physicality and moments of brilliance to take the lead twice to make sure the win was theirs.

Not everything was perfect, of course, especially not the new formation. For the third game in a row (it started with a 2-0 win in Albania in November), Deschamps set up his team in a 3-4-1-2 system — and the head coach knows there is still a lot of work on it.

“The system is far from being perfect, and we will go through tough times. We will need repetition to get used to play like this. The team spirit is here,” Deschamps said. “Like every formation, it has its pros and cons. … We won’t give up on it.

“But I’m not saying this is the one, either. It was the right time to try it. It is better to have struggles now than during the Euros.”

The problem with the new formation is that it is hard to see the pros. Deschamps says that it is to put Antoine Griezmann in the best position possible as a playmaker behind two strikers (Mbappe and Olivier Giroud in Sweden, Wissam Ben Yedder and Anthony Martial against Croatia). Yet, it is not obvious that Griezmann is suited to play as a No. 10; far from it. Of course, he scored against the Croats but he struggles to create and to be as effective as he is playing as a second striker in a 4-4-2 formation.

For the other forwards, it has been a positive week. Martial did well against Croatia in return to the national setup after a two-year absence, and he has scored some points in Deschamps’ mind. Ben Yedder is a pleasure to watch in small spaces at times and was decisive, too. Giroud, for his part, scored his 40th goal in 99 caps. Mbappe is, of course, Mbappe.

It is not exactly the same defensively. For the back three/five to work, you need good positioning from your wing-backs. This has not been the case for France. Leo Dubois and Lucas Digne were disappointing against Sweden. So were Moussa Sissoko and Ferland Mendy on Tuesday. If your wide players don’t bring enough and don’t have enough impact, your 3-4-1-2 system is pretty useless, which has been the case for Les Bleus this week.

Deschamps also handed a debut to Dayot Upamecano, the centre-back who was so impressive with RB Leipzig after the pandemic restart. He had good moments but also made mistakes in both games and will come back and play more but, at 21, he is the future at the back, just like Camavinga in midfield.

Despite the impact of the 17-year-old phenom, France missed Pogba massively in both games. He will return and get his place in the team back. One still wonders what Steven Nzonzi is doing in this squad when Deschamps has so much potential at his disposal. But at least he called back Adrien Rabiot, who was average in Sweden. Blaise Matuidi is not so much on the radar anymore after his move to Inter Miami, and Les Bleus will struggle to replace him and find the same balance in midfield.

Deschamps thought September was the right time to try things. The world champions did just that, and with an experimental formation, many changes of players, absentees, newcomers and everything, they still won twice.

Even in the midst of the coronavirus pandemic, France’s Euro 2021 mission is well underway.

Giroud snubbed OL ... because of Benzema