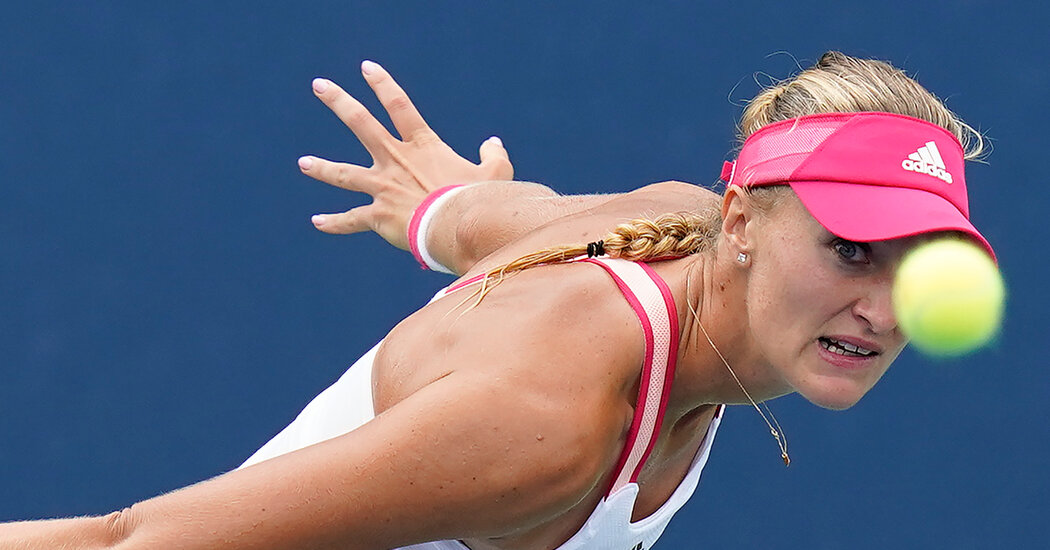 ‘A Total Collapse’ for a Player Restricted by U.S. Open Contact Tracing

After his defeat, Pella complained that there had been a double standard because the group of French and Belgian players had been allowed to play despite having had close contact with Paire.

“Imagine if you were in lockdown for two weeks, and the Benoit case was like that,” Pella said, snapping his fingers. “They were like, ‘OK, you will have a bubble inside of the bubble, and you will be allowed to practice and play the U.S. Open.’ Imagine how you would feel if that happened to you?”

Widmaier said that the same standards were applied in both instances.

As it turned out, getting the opportunity to play in the U.S. Open on Wednesday was a recipe for heartache for Mladenovic.

For nearly two sets, she was in command, her flat and powerful groundstrokes finding their marks. But her game gradually came undone as she made double faults and unforced errors in bunches and the understandably emboldened Gracheva began attacking the net and her shots with success.

“I completely fell apart,” Mladenovic said. “I was playing super well, but I didn’t know how to finish it. I was on a tightrope.”

She still had four match points, however.

“I would like so much to tell you all the many things that are happening here; it’s abominable how they are treating us,” she said. “But I don’t want it to be an excuse for my defeat. It’s not the U.S.T.A.’s fault I didn’t convert my four match points. We shouldn’t get the subject and the headline wrong. I had it 6-1, 5-1.”

But she said that during the third set, the weight of the last few days became much more of a mental burden.

“I was in distress,” she said. “The third set was a collapse, a total collapse.”

US Open: A Grand Slam under cover

US Open Glance: Serena Williams vs. Sloane Stephens on Day 6

Matuidi: “I know that my choice can jeopardize my future in blue”

You’d be correct to say that Premier Boxing Champions currently has a lockdown on almost the entire junior middleweight division. …