Home > Sport > News > Rakitic, Upamecano, Depay: all the transfer window of the day 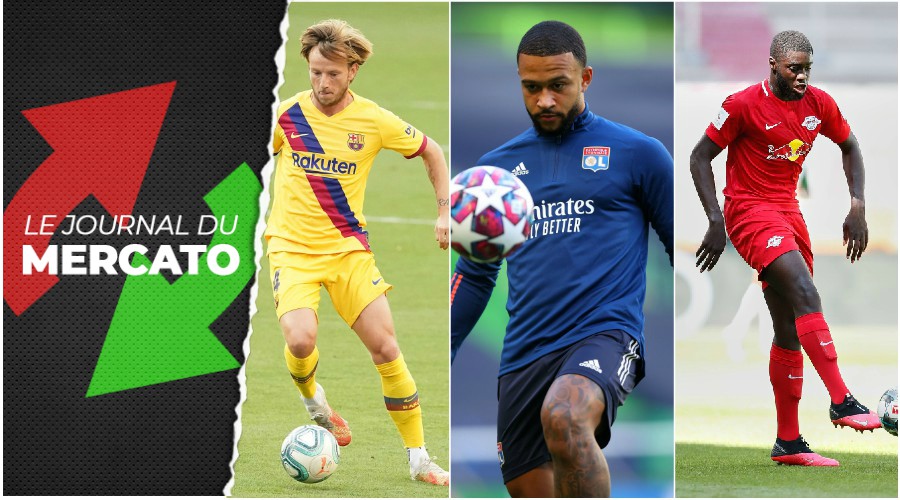 Rakitic, Upamecano, Depay: all the transfer window of the day

FC Barcelona, ​​in parallel with the Messi affair, continues to prospect for an additional striker, while Everton seems to be working to build a high quality group, with two internationals expected on the banks of the Mersey.

If the coronavirus crisis had not been there, this August 31 would very probably be the very last day of the summer transfer window 2020. But this is not the case, many files are still being negotiated, which does not ‘prevents some clubs from accelerating in order to strengthen themselves as quickly as possible. In the midst of the crisis, the fault of the Lionel messi, the FC Barcelona is also activated.

In all likelihood, Ivan Rakitic is only one step away from Sevilla FC, which would make one less junk for Ronald Koeman. Conversely, Martin braithwaite clings to the chance that was offered to him a few months ago, to put his suitcases in the Catalan locker room. However, the new Blaugrana manager is actively looking for a backup striker, and he could turn to one of his compatriots. The Lyonnais Memphis depay, who knows the ex-central defender well for having evolved under his orders with the Oranje, would always appear among the priority targets of the residents of Camp Nou.

Paul Pogba could well see a French teammate land at Manchester United, in the coming days or weeks. In full phase of progression for two years, freshly summoned to the national team A by Didier Deschamps, Dayot Upamecano is followed by a large number of recruiters across Europe. But the Red Devils could be the first to take action on the RB Leipzig, recent semi-finalist of the Champions League.

On the Rock, Niko Kovac can already count on five attackers, most of whom are international. But the Croatian technician would like to bring a little experience in this sector, to support the essential Wissam Ben Yedder, and nothing now seems to hinder the expected signature of Kevin volland to theAS Monaco. The German, who has just celebrated his 28th birthday, will quickly commit to ASM, after four seasons spent on the side of the Bayer Leverkusen.

Six Questions Looming Over the New Season in Europe

Which NFL stadiums, teams will allow fans at games in Week 1?

Bourdais, the 24 hours of Le Mans and return in Indycar