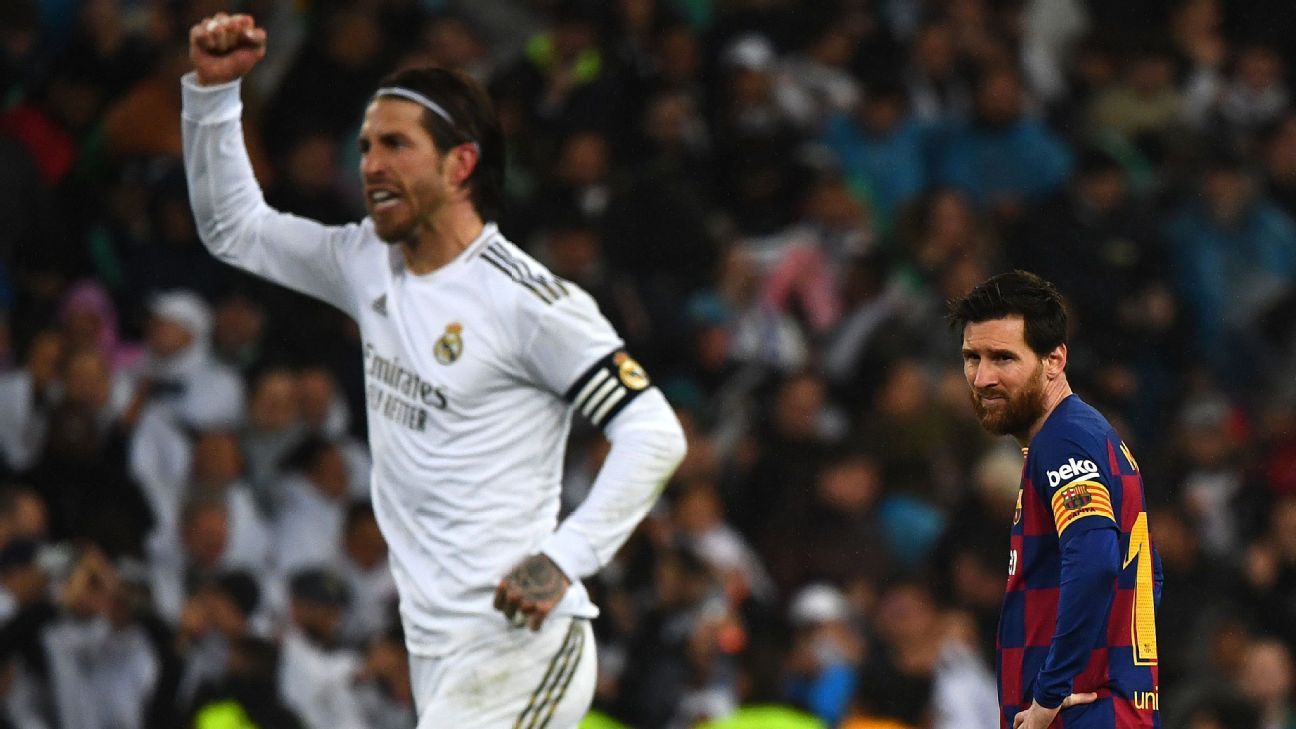 Welcome to ESPN’s Insider Notebook, featuring contributions from our reporters across the top leagues around the world.

In this edition, there’s reaction from Barcelona’s bitter rivals on Lionel Messi’s shock news. Plus: Sadio Mane could have joined Manchester United … but for Louis van Gaal.

Real Madrid’s players were stunned by Lionel Messi’s request to leave rivals Barcelona, sources close to the dressing room have told ESPN, with a frantic bout of WhatsApp messaging following as they, like the rest of the football world, came to terms with the week’s shock news. The squad were said to be “incredulous” when reports first surfaced on Tuesday that Messi had formally notified the Catalan club of his desire to leave.

Even a day later, on Wednesday, players were still saying they found it hard to believe that Messi would follow through on his threat to walk away, bringing a 20-year relationship with Barcelona to an end. Not a single member of this Real Madrid squad has experienced El Clasico without Messi, with even veteran captain Sergio Ramos joining the summer after Messi made his competitive Barca debut in October 2004. Messi is the all-time Clasico top scorer with 26 goals, 18 of them in La Liga. The No. 10 has provided a series of iconic moments in the fixture: from his first ever Barca hat-trick in a 3-3 draw in 2007 to an added-time 3-2 winner in 2017, infamously celebrated by holding his shirt up to the crowd.

Messi’s discontent with the situation at Barcelona in recent months — both on and off the pitch — has been no secret. However, despite this month’s 8-2 thrashing by Bayern Munich in the Champions League and new coach Ronald Koeman eager to offload Luis Suarez, Madrid’s players were shocked at the manner and timing of Messi’s attempt to force an exit.

A relatively drama-free, albeit frugal summer at the Bernabeu — with no major signings planned, and the most pressing matter finding a buyer for Gareth Bale — makes for quite a contrast with the chaos at Camp Nou.

The squad will be able to discuss the prospect of defending La Liga against a Messi-less Barca next week when they return for preseason training. — Alex Kirkland and Rodrigo Faez

Mane had no desire for United move under Van Gaal

Louis van Gaal’s latest assessment of his two-year spell in charge of Manchester United between 2014 and 2016 has prompted raised eyebrows at Old Trafford, with sources telling ESPN that his recollections of his time as manager do not quite tally with reality.

In an interview with FourFourTwo magazine, Van Gaal said United failed to sign at least 10 of his top targets, including Neymar, Robert Lewandowski, Sadio Mane and even the Liverpool veteran James Milner. Real Madrid captain Sergio Ramos was another name cited by Van Gaal, with the Spain defender ultimately signing a new long-term contract at the Bernabeu following well-publicised interest from United in 2015.

Sources have told ESPN that, rather than fail to negotiate a deal with Southampton for Mane, the transfer did not materialise because the Senegal forward had no desire to play for Van Gaal due to his restrictive tactics and reluctance to encourage flair players.

And while United did make enquiries about Neymar and Bayern Munich’s Thomas Muller, Van Gaal pushed through the signings of Memphis Depay and Bastian Schweinsteiger, despite the reservations of senior figures within the club at the time.

A deal was also lined up for Dutch goalkeeper Jasper Cillessen to replace David De Gea prior to the No.1’s failed move to Real Madrid in 2015, while an agreement to sign Toni Kroos from Bayern Munich in 2014, which had been negotiated by David Moyes, was abandoned following Van Gaal’s arrival as manager in place of the Scot.

Sources have told ESPN that United “lost control” of recruitment during Van Gaal’s time in charge and that subsequent managers, Jose Mourinho and Ole Gunnar Solskjaer, have both been forced to rebuild while rectifying their mistakes. — Mark Ogden

COVID-19 has been the bane of 2020, a historic event that has changed the world forever. But for a brief five hours or so last Tuesday, the hullabaloo surrounding Messi’s request to leave Barcelona superseded “coronavirus” in terms of world interest … at least on Google Trends.

Searches for “Messi” hovered globally at interest level five — according to Google Trend’s “interest” algorithm — at 12:24 p.m. E.T., but after the shock news that he could be moving on, searches for “Messi” rocketed to 100 within just two hours and eight minutes. In that same afternoon period, “coronavirus” went from a steady 59 ranking worldwide down to 54.

All of Latin America, aside from Guyana and the Dominican Republic, the vast majority of Africa and even China searched more for “Messi” than “coronavirus” on Aug. 25. Europe was, perhaps surprisingly, split. Spain and Portugal leaned towards “Messi,” along with Poland and Scandinavia, but Italy, France, Germany and the UK Google users all searched more for “coronavirus.” In the United States, there were over 500,000 searches for “Messi,” although COVID-19 beat the 33-year-old 70-30, while California was the state closest to edging Messi past coronavirus, with a 37-63 split.

Interestingly, Guinea, Ivory Coast and Burkino Faso were the countries most weighted towards Messi, while the related terms to searches for “Messi” brought up some new vocabulary to many of us: “burofax,” “burofax Messi” and “Messi fax.” — Tom Marshall

Mark Ogden believes Lionel Messi should consider a move to MLS as he looks to leave Barcelona.

Gerard Pique, Sergio Busquets and Jordi Alba will all get a second chance at Barcelona despite the overhaul planned this summer, sources have told ESPN.

President Josep Maria Bartomeu didn’t name any of them among the players that are not for sale in an interview with the club’s television channel earlier this month, sparking rumours they were all expendable.

However, sources say new Barca coach Koeman has communicated to all three that they will have a role to play under him next season. The Dutch coach wants to maintain a core of La Masia players, although they may have to work hard to keep their places in the team.

Busquets, 32, has already responded by returning to training early. Barca were due back in for preseason on Monday but the midfielder has been back at the training ground since Wednesday to get a head start on his teammates.

A number of other Barca players will not be handed a reprieve. Reports this week suggest Koeman told Suarez, Ivan Rakitic, Arturo Vidal and Samuel Umtiti they can all find new clubs. — Sam Marsden and Moises Llorens

Craig Burley assesses Neymar’s future at PSG and explains why a return to Barcelona isn’t the answer.

USMNT star Weston McKennie rejected a move to the Premier League in favour of Serie A giants Juventus because he could not resist the challenge on both a sporting perspective and a wider level, a source close to the situation told ESPN.

– Stream Serie A games on ESPN+

Southampton were keen on Schalke midfielder McKennie but he is set for a move to Juve, believing he has the ability to push Adrien Rabiot, Rodrigo Bentancur and new arrival from Barcelona Arthur for a starting spot in Andrea Pirlo’s XI. The chance to play with Cristiano Ronaldo was also a factor in his decision, sources said.

McKennie’s move to a top European club, leaving Bundesliga strugglers Schalke behind, would also enhance his profile Stateside as he looks to impose himself on a Juventus team aiming to win their 10th Serie A title in a row this season. Capped 19 times by his country, McKennie’s move to Juventus further puts the USMNT’s rising stars in the spotlight at major European clubs, with Christian Pulisic shining for Borussia Dortmund and now Chelsea. Gio Reyna, meanwhile, is hoping to become one of the star’s of the 2020-21 Bundesliga season for BVB.

At RB Leipzig, another Champions League club, Tyler Adams impressed at the mini tournament in Lisbon. Keeper Zack Steffen has returned to Manchester City following a year with Fortuna Dusseldorf and hopes to win minutes and experience under Pep Guardiola in the coming season.

McKennie’s move to Juventus should be made official soon, with sources telling ESPN it will initially be a loan move but with a mandatory option to make the switch permanent. — Stephan Uersfeld

Julien Laurens believes Weston McKennie is the ideal player for Andrea Pirlo to bring in for Juve’s rebuild.

Chelsea signing Ben Chilwell means Sergio Reguilon is still on the market — much to the surprise of people close to the Real Madrid defender, who were convinced he was headed for Stamford Bridge.

Left-back Reguilon impressed again for Sevilla last week in their 3-2 Europa League final win over Inter, the last game of his season-long loan there.

Dan Thomas is joined by Craig Burley, Shaka Hislop and a host of other guests every day as football plots a path through the coronavirus crisis. Stream on ESPN+ (U.S. only).

His performances haven’t been enough to persuade Zinedine Zidane — who has Marcelo and Ferland Mendy in the same position — to make room for the 23-year-old, while Madrid are keen to raise money this summer.

Talks with Chelsea were progressing well as they looked for alternatives to Chilwell, before Leicester lowered their prohibitive €80m valuation to €50m.

Reguilon is available for half that, and sources have told ESPN that Chelsea aren’t the only top Premier League club to have taken a serious look at the full-back, while there has also been interest from Serie A.

Sevilla would love to keep him after a successful year in Andalusia but are aware they are unlikely to be able to compete financially with other suitors, or meet Madrid’s €25m asking price. — Alex Kirkland and Rodrigo Faez

Boga a man in demand

Sassuolo’s Jeremie Boga is being chased by five major European teams with clubs from Italy, Germany and England all keen on the left winger.

Boga, 23, impressed for Sassuolo last season — scoring 11 and contributing four assists in Serie A — and ESPN sources say a fee in the region of £25m will be enough to secure his services.

Sources say Napoli and Atalanta have both made Boga a priority while Roma, now under new U.S. ownership, are also keen to recruit the Ivory Coast winger. Bundesliga side Bayer Leverkusen are also interested, as are Everton in the Premier League.

Boga started his career at Chelsea, before signing a permanent deal with Sassuolo in 2018 for £3.5m, and was on Manchester United’s radar earlier in the summer as a potential alternative to their No.1 target Jadon Sancho. — Tom Hamilton

Terrible Flyers Reporter: Can We Just Get Back to Hockey?

SEC Hype Meter 2020: The most overrated and underrated teams every offseason

Stade Toulousain: masked training, doping test and confinement at the hotel in Exeter

Bourdais, the 24 hours of Le Mans and return in Indycar

PSG are giving themselves a bit of a break, but … 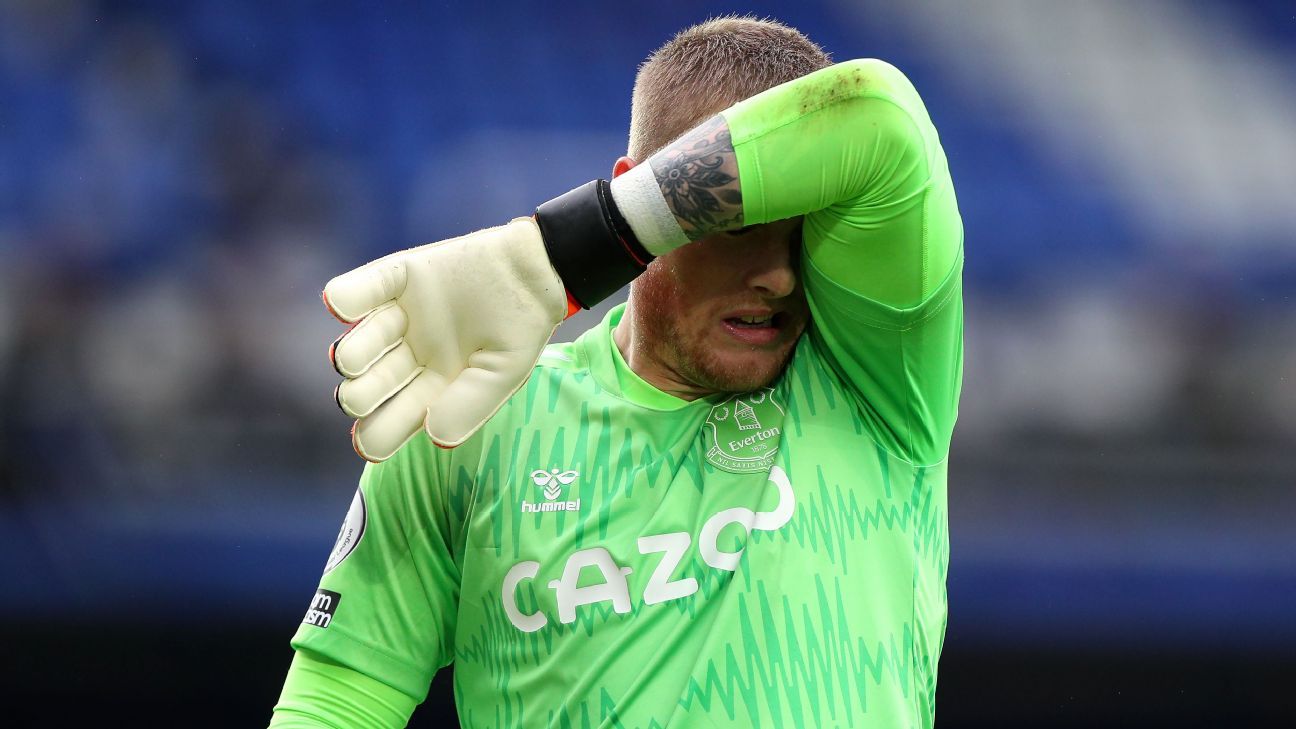 A weekend full of big derbies delivered plenty of talking points, from Liverpool’s costly 2-2 draw at Everton that saw… 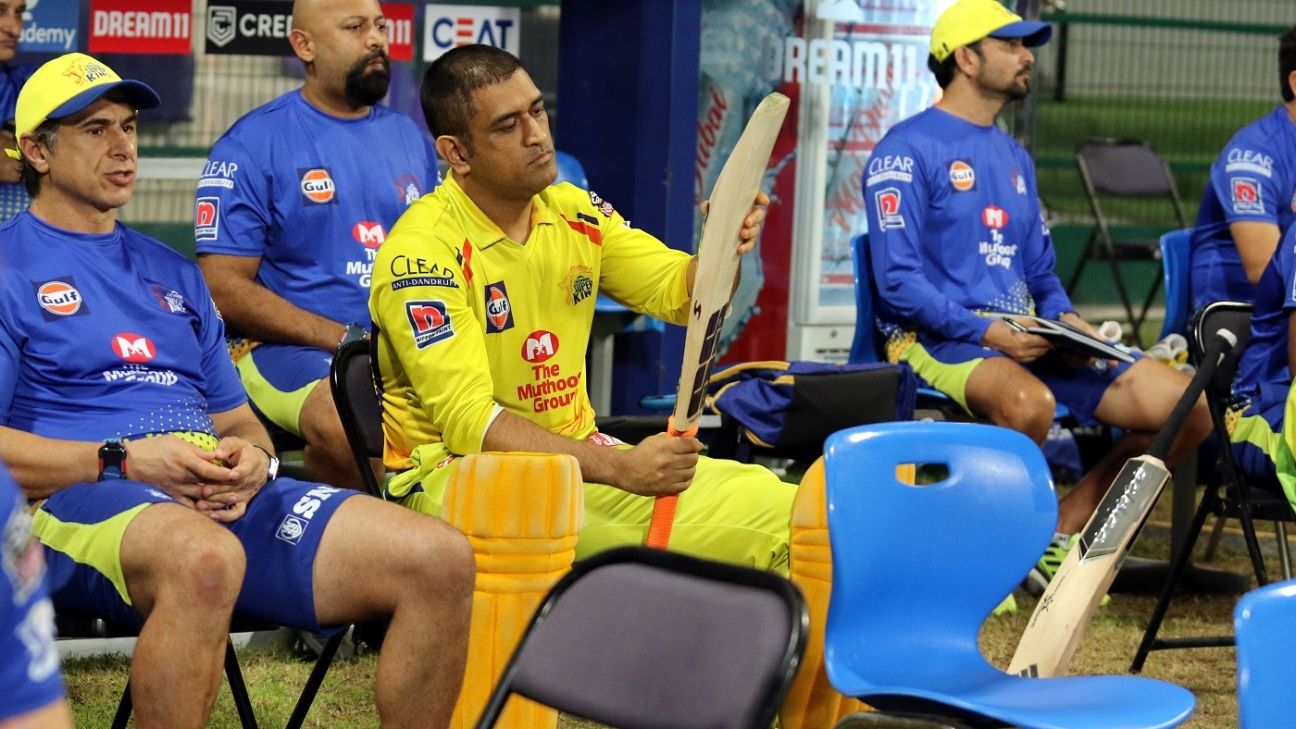 MS Dhoni concedes season might be over for Super Kings: ‘We were not really there’

Ten games, seven losses, just six points, and a spot right at the bottom of the table. That’s not what… 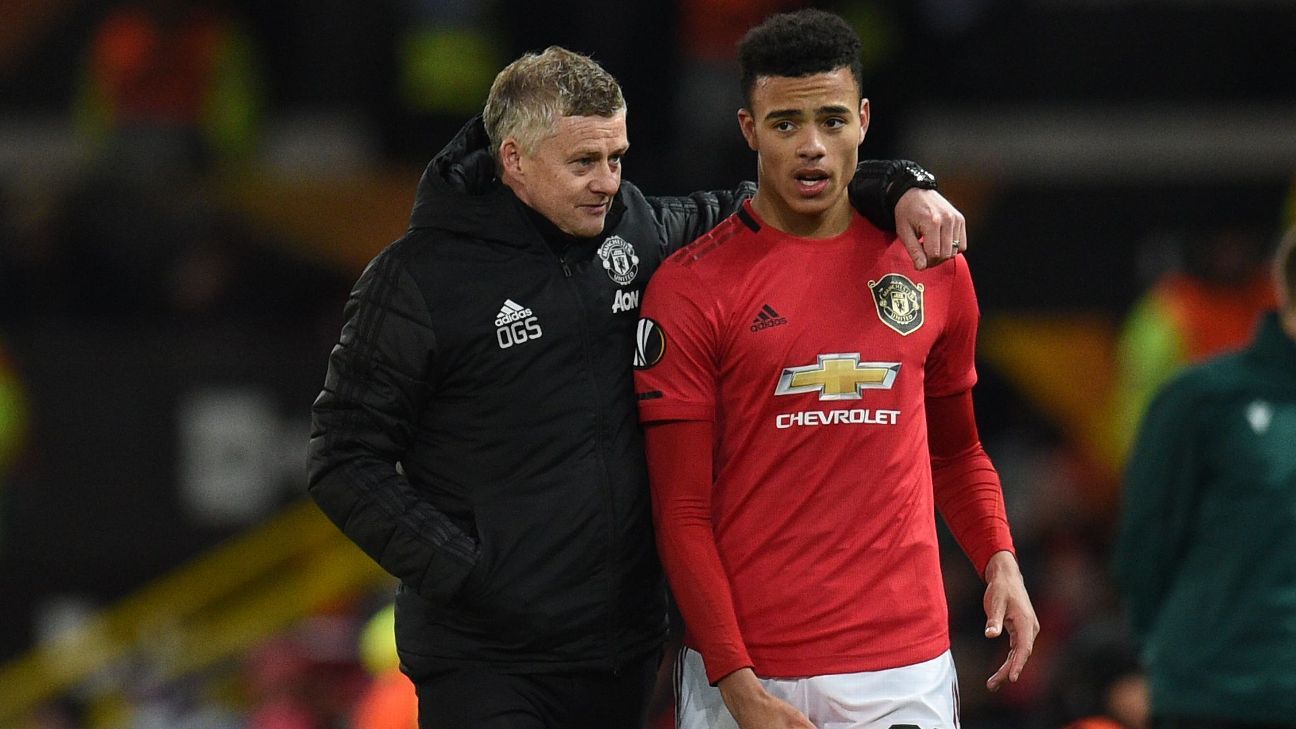