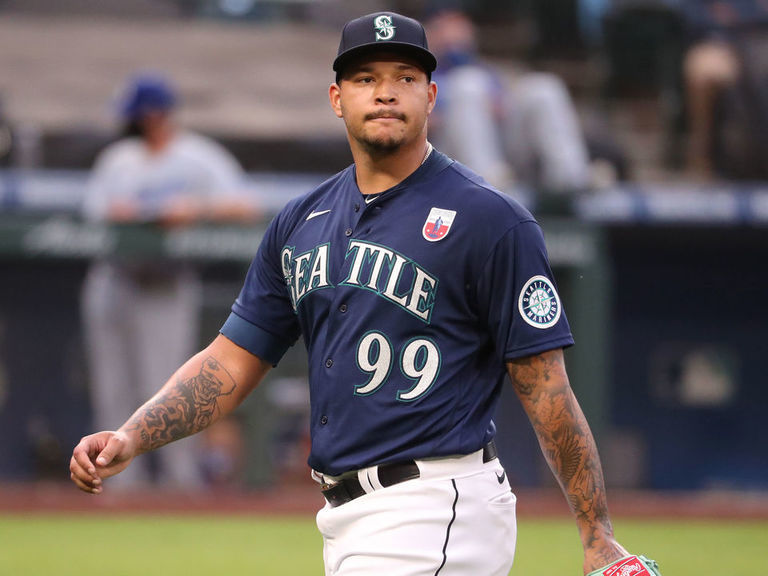 The Seattle Mariners have traded right-hander Taijuan Walker to the Toronto Blue Jays for a player to be named later or cash considerations, the teams announced.

Seattle is expected to receive a minor leaguer who is not a part of the Blue Jays’ 60-man player pool, a source told The Athletic’s Ken Rosenthal.

To make room on the active roster for Walker, the Blue Jays transferred right-hander Trent Thornton to the 45-day injured list with right elbow inflammation.

Walker must undergo intake testing before he can join the Blue Jays, but he should be well-rested when he arrives.

The 28-year-old hasn’t pitched since Aug. 19 when he struck out eight during a masterful seven-inning performance against the Los Angeles Dodgers.

He was scheduled to make a start Wednesday before the Mariners and San Diego Padres decided not to play.

Walker is in the midst of a bounce-back campaign after only making four starts over the past two seasons due to injury. The native of Louisiana is 2-2 with a 4.00 ERA and 1.07 WHIP in five starts this season. He’s struck out 25 and walked eight across 27 innings.

Walker is earning a base salary of $740,741 and will become a free agent after this season.

The trade is the second deal between the Blue Jays and Mariners in less than a week. Toronto acquired 2019 All-Star Daniel Vogelbach from Seattle for cash considerations on Aug. 23.

Pelosi: White House must agree to more COVID-19 aid for talks to resume

Put the masks on the values

The Lakers are already a hit with the Nuggets

The final of the Western Conference began with a large success of the Lakers against the Nuggets (126-114). Considered by…

Dwight Howard, JaVale McGee get back to work in Lakers’ Game 1 win

US Open: Patrick Reed, only leader after two rounds