Home > Sport > News > All the matches of the night postponed 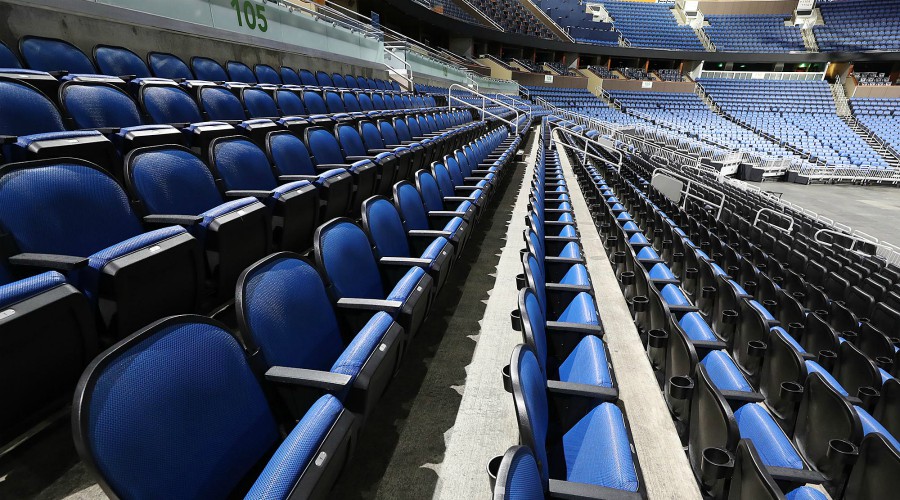 All the matches of the night postponed

In the wake of the boycott decided by the Bucks, the NBA decided to postpone the two other meetings scheduled for the night from Wednesday to Thursday.

The NBA is once again at a standstill. After the Bucks’ decision to boycott their Game 5 against Orlando in protest following police fire on Jacob Blake, the NBA issued a statement to announce that this meeting, as well as those that were to pit the Rockets against the Thunder and the Lakers to the Blazers, were also postponed to a later date.

” In light of the Milwaukee Bucks’ decision not to play their fifth game against the Orlando Magic, this game and the other two between the Houston Rockets and the Oklahoma City Thunder, as well as between the Los Angeles Lakers and the Portland Trail Blazers have been postponed“, Thus indicated the NBA, without giving more information on the continuation.

Read also:
The Bucks boycott their playoff game!
The end of the NBA season in danger
The Pacers saw their coach

Tuchel dreams of Camavinga at PSG

Jacob 0
The Detroit Tigers announced on Saturday that manager Ron Gardenhire is retiring effective immediately and will not return for a...